The report says the full brunt of sequestration cuts hasn’t hit yet, but is set to come in  the future.

If sequestration continues in fiscal 2014, the Navy will have only one  non-deployed carrier strike group and one amphibious ready group trained and  ready because maintenance and overhaul has been severely cut, BPC quotes the  Navy as saying at a Sept. 18 House Armed Services hearing.

In the Air Force, over 30 squadrons have been grounded already due to  sequestration and pilot flying hours have been cut by 18 percent.

The effect will be felt on procurement as well, the report says. 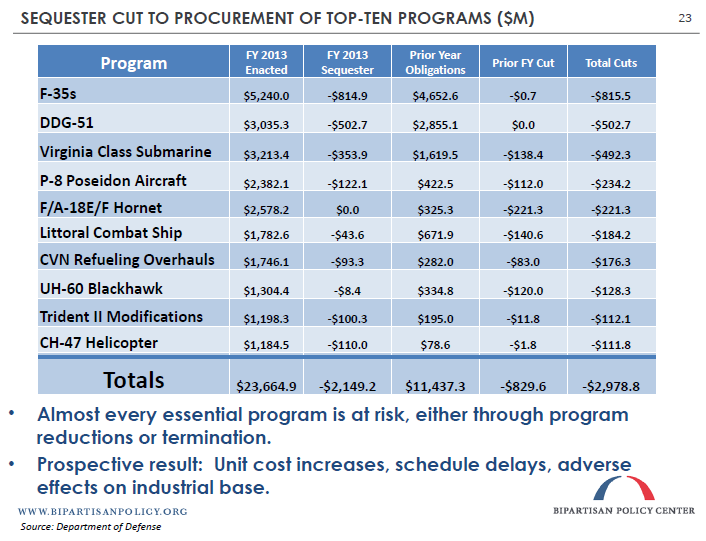 Keep reading this article at: http://www.fiercegovernment.com/story/continued-sequestration-would-devistate-military-report-says/2013-10-15