In a Tuesday (June 2, 2015) statement threatening a veto of the Senate Defense authorization bill, the White House objected chiefly to off-budget war funding and the continuing of sequestration.  But it also took aim at lawmakers’ plans to empower the military service chiefs in weapons acquisition and at smaller provisions affecting the contractor community. 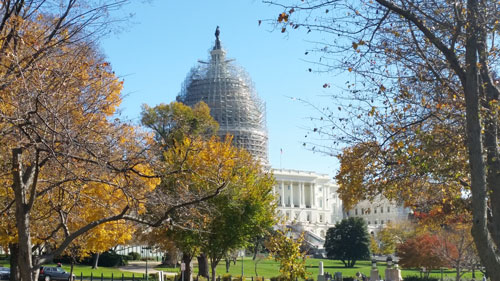 As both chambers of Congress begin floor consideration of the $612 billion fiscal 2016 National Defense Authorization Act, the veto threat “strongly” objected to a Senate provision in section 843 designed to alleviate procurement delays prompted, as the Armed Services Committee report put it, by “multiple, duplicative reviews within the Office of the Secretary of Defense and services.” The bill would decentralize decision making on weapons system milestones for service-unique programs and limit documentation of approvals.

The administration called that plan “inconsistent with the secretary of Defense’s exercise of authority, direction, and control over all of the DoD programs and activities.  Since DoD’s founding, the secretary of Defense has served as the principal assistant to the president in all matters relating to DoD and subordinated the departments of the Army, Navy, and Air Force to the secretary’s authority.”

Keep reading this article at: http://www.govexec.com/contracting/2015/06/white-house-objects-defense-bill-contracting-provision-empowering-service-chiefs/114382