While acquisition reform provisions in the House version of the National Defense Authorization Act (NDAA) are a first step in a multi-year transformation, the Senate’s version is much more sweeping, says a Congressional Research Service (CRS) report. 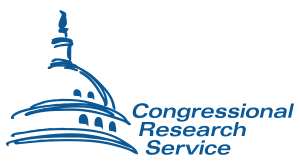 The acquisition reform sections of the House and Senate versions of the fiscal 2016 NDAA have many similarities, with more than half of the provisions in the Senate bill addressing the same issues found in the House bill.

But the overall scope of the two bills is very different, says the CRS report posted by open government expert Stephen Aftergood on his Secrecy News blog.

“Taken as a whole, the House bill was not intended to be a panacea for what ails defense acquisitions,” the report says.

The CRS says it is intended to serve as an initial step in a multi-year, collaborative effort to improve acquisitions.

Keep reading this article at: http://www.fiercegovernment.com/story/crs-house-ndaa-makes-incremental-acquisition-reform-while-senate-bill-makes/2015-07-08