You are here: Home / Government Contracting News / Agency pulls a fast one at GAO … and gets caught

After a protest was filed at the GAO, a procuring agency delayed implementing the mandatory statutory suspension of work, then amended the awardee’s contract to permit the awardee to fully perform before the suspension actually kicked in.

Then the agency got caught.

In a recent decision, the GAO sustained a protest because the agency had circumvented the GAO’s bid protest process.  But while the agency got busted–a good thing–the penalty it will pay is less than satisfactory.

The GAO’s decision in SCB Solutions, Inc.–Reconsideration, B-410450.2 (Aug. 12, 2015) involved a Dept. of Veterans Affairs (VA) RFQ for personal identity verification cards.  The RFQ was issued via the GSA’s eBuy system to holders of GSA Schedule 70 contracts.  The RFQ stated that award would be made on a lowest-priced, technically-acceptable (LPTA) basis. 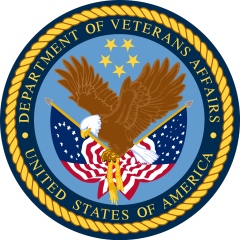 Keep reading this article at: http://smallgovcon.com/gaobidprotests/agency-pulls-a-fast-one-at-gao-and-gets-caught/