You are here: Home / Government Contracting News / New Pentagon equipment is no longer pushing the envelope

Acquisition chief Frank Kendall says the cost of the Defense Department’s major projects are falling, but the arms being purchased are less technologically advanced. 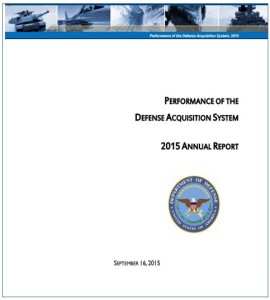 For the past six years, a newly cost-conscious Pentagon has aimed to buy arms that are less complex and use more existing or commercial technology. And it’s worked. The cost of major projects is dropping, says Frank Kendall, the defense undersecretary for acquisition. And he has the data to prove it.

But the bad news, Kendall says in a new 210-page report, is that Pentagon arms buyers have become so risk-adverse that America’s cutting-edge weapons aren’t quite so cutting-edge. And that’s allowing China and Russia to catch up.

Keep reading this article at: http://www.defenseone.com/management/2015/10/new-pentagon-equipment-no-longer-pushing-envelope/122539