To address the DoD contract audit backlog, Congress is proposing that DCAA discontinue support of other federal agencies. 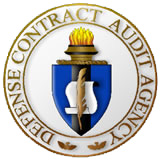 The proposed Section 893 of the National Defense Authorization Act (NDAA) states that “[e]ffective on the date of the enactment of this Act, the Defense Contract Audit Agency (DCAA) may not provide audit support for non-Defense Agencies unless the Secretary of Defense certifies that the backlog for incurred cost audits is less than 18 months of incurred cost inventory.”

The DCAA, despite its name, has for decades provided audit support services for civilian agency contracts and contractors and has been compensated for those services through various arrangements by those agencies. In testimony before a House committee in December 2014, the director of the DCAA estimated that approximately 10 percent of DCAA’s work was on behalf of non-defense agencies.

As a result of this provision, the DCAA will theoretically have more resources available to focus on Department of Defense (DoD) contractors, contracts and proposals. This may mean an increase in audit activity for companies contracting primarily with DoD as the DCAA resources are refocused. But for contractors doing significant business with civilian agencies, the opposite could be true. Those contractors are likely to see a quick drop-off in audit activity, at least until the civilian agencies develop a workaround (likely an increase in outsourced third-party audit support) and may see a slowdown in awards of cost-type contracts to the extent that proposal audits become less timely. As written, the provision takes effect immediately upon enactment and does not contain any exception by which DCAA can continue work on a non-Defense agency audit – even audits already in process prior to enactment of the statute.

Keep reading this article at: http://www.mondaq.com/article.asp?articleid=446424