A list of tech vendors authorized to sell digital services directly to the government is now live, though the companies on that list are still in the dark about when they’ll start getting customers. 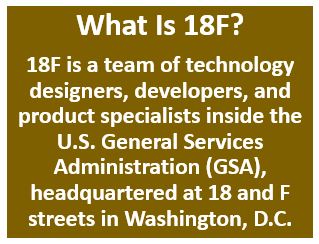 Since September, the General Services Administration (GSA) had halted operations on the Agile Blanket Purchase Agreement — a pre-approved batch of 16 tech companies specializing in so-called “agile” development — because at least two companies had filed protests with GSA. Last week, GSA’s tech team 18F announced that the last of the protests had been resolved, and that it had awarded a 17th company, InQbation Labs Inc., a spot on the list.

According to an 18F blog post in January, the team’s ultimate goal was to reduce contract timelines to “less than four weeks from solicitation to contract kickoff, and . . . no more than three months to deliver a minimum viable product.”

Keep reading this article at: http://www.nextgov.com/cio-briefing/2015/12/protests-against-18fs-agile-development-deal-cleared-next-steps-still-unclear/124676