You are here: Home / Government Contracting News / Is lowest-price-technically-acceptable on the decline?

Lowest-price, technically acceptable (LPTA) contracts aren’t going away – but data does suggest Federal agencies are cutting back on the practice.

LPTA deals took the market by storm as the government slashed budgets in the wake of the Great Recession. When the Pentagon unveiled its Better Buying Power initiative in 2009, the government signed about 4.2 million LPTA contracts, or 2.4 percent of Federal procurements. Three years later, the number of LPTA contracts had ballooned to 7.5 million, or 4.4 percent, according to an August 2015 study by Deltek Inc. of Herndon, Va.

Now LPTA appears to be in decline. According to Deltek’s analysis, LPTA utilization peaked in 2012 and declined the next two years running, a total drop of 24 percent from the 2012 peak. 2015 data has not been compiled. 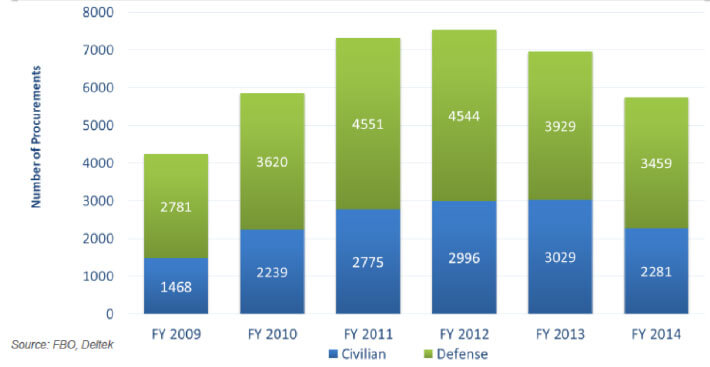 Keep reading this article at: https://www.govtechworks.com/are-feds-retrenching-on-lowest-price-contracts-maybe