Poor coordination between components and the lack of a comprehensive policy has led to a number of redundant and bad IT investments at the State Department, according to a newly released audit.

An audit conducted by Kearney & Company, P.C. on behalf of the inspector general uncovered 30 distinct issues with the department’s IT acquisition methods. While officials with the Bureau of Information Resource Management (IRM) had solutions ready to go for 11 of these issues, 19 remain outstanding and could lead to further waste and duplication.

The State Department spent approximately $1.4 billion on IT acquisitions in fiscal 2014, spread across 83 separate projects. While that number is dwarfed by the $76 billion agencies spent on IT as a whole that year, duplicative purchases and a failure to track and report spending led to significant waste. 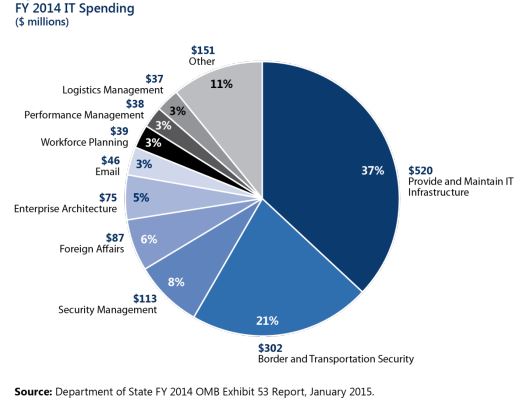