You are here: Home / Government Contracting News / On RFQs, government can’t have its cake and eat it too

The government wants have its cake and eat it too — by conducting competitions under the General Services Administration (GSA) multiple award schedule contracts using requests for quotations (RFQs), but not abiding by the rules in the Federal Acquisition Regulation (FAR). 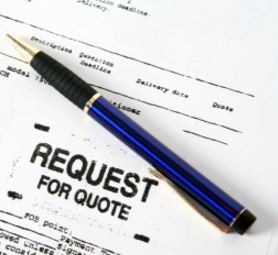 The government seems to think that because RFQs are different from other types of solicitations, the FAR rules don’t apply. Both the Court of Appeals for the Federal Circuit and the Government Accountability Office (GAO) believe the FAR rules apply.

In Hanel Storage Systems, L.P., the GAO considered a procurement by the Department of Veterans Affairs (VA) for vertical storage units at a VA medical center. VA issued an RFQ pursuant to GSA’s multiple award schedule — the Federal Supply Service or FSS program — and the RFQ specified that the extractor system of the storage units [was required] to be “suspended on four corners to allow for uneven loading of pans and access from end of units for service.” VA awarded the order to Kardex, but admitted that its extractor system was suspended centrally and wasnot suspended on four corners, as required by the RFQ.

Keep reading this article at: http://federalnewsradio.com/commentary/2016/04/rfqs-government-cant-cake-eat/