You are here: Home / Government Contracting News / The DIUx is dead — long live the DIUx

Defense Secretary Ash Carter launched his high-profile Silicon Valley outpost a year ago to great fanfare and high expectations. Less than a year later, he has completely overhauled its leadership, structure, reporting lines, and resources. 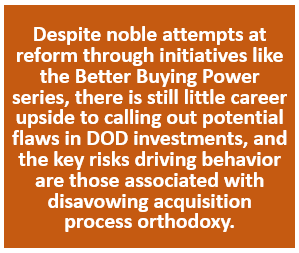 That a new government initiative built around experimentation would struggle in its first year is no surprise. That its founder would candidly address early challenges and publicly identify shortcomings and fixes as a matter of course is a big one. By taking early corrective action, Carter is upending the typical Washington playbook of prolonging failure — or, worse, postponing reform until demanded by scandal — and teaching his Department a critical lesson on how to learn by taking risk. 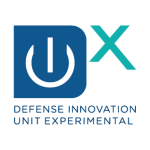 With its small size and steep learning curve, the DIUx 1.0 could not overcome the weight of expectations from a high-profile launch. As with many startups, the organization suffered from an overly broad purpose and unrealistic demands; unlike other startups, it missed the opportunity to operate in “stealth mode” to address these issues early.

Keep reading this article at: http://www.defenseone.com/ideas/2016/05/ash-carter-diux-pentagon-technology-innovation/128254/?oref=defenseone_today_nl