You are here: Home / Government Contracting News / GAO weighs in on the state of federal contracting

Contractors working with major federal agencies delivered $438 billion in products and services in fiscal 2015, a 24 percent decrease from fiscal 2011, according to a wide-ranging roundup from the Government Accountability Office. 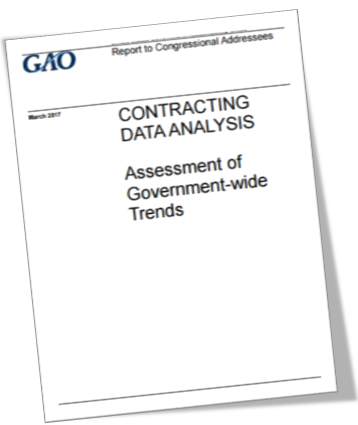 The 66-page report titled “Contracting Data Analysis: Assessment of Government-wide Trends” said the drop-off occurred mostly at the Defense Department, which saw contracting go down by 31 percent in that timeframe.

Services contracts have now risen to 60 percent of total government obligations — 50 percent of Pentagon awards and 80 percent of those let by civilian agencies over the past five years, GAO said.

Such services as professional and management support to information technology needs were used most by the Air Force and Army, while the top civilian agencies procuring services (worth at least $10 billion) were the departments of Energy, Health and Human Services, NASA, Homeland Security and Veterans Affairs. 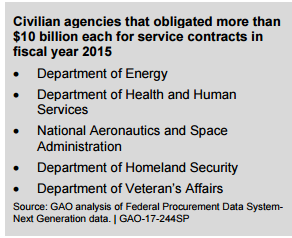 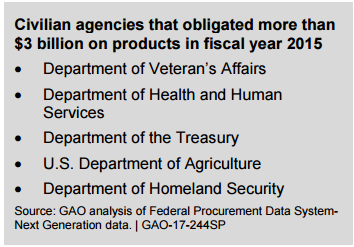 Keep reading this article at: http://www.govexec.com/contracting/2017/03/gao-weighs-state-federal-contracting/136082/