The Trump administration today proposed $228 million in funding for a Technology Modernization Fund housed within the General Services Administration. 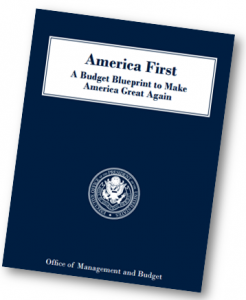 The budget states the central fund will help transition agencies from older IT infrastructure to “more efficient and secure technologies.” It outlines four parameters for the fund: An independent board would review agency proposals, agencies would repay the fund, IT acquisition and development experts would help agencies implement their plans, and agencies would use agile development techniques.

Keep reading this article at: http://www.nextgov.com/cio-briefing/2017/05/trump-budget-creates-228m-technology-modernization-fund/138087/