BethAnne Moskov, a deputy director for the U.S. Agency for International Development (USAID), has pled guilty to charges stemming from a contract-steering scheme. 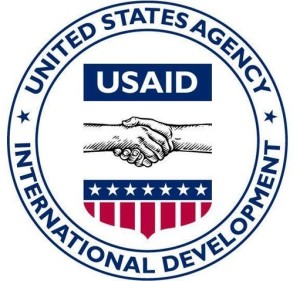 Moskov pled guilty in the U.S. District Court for the District of Columbia to charges of conspiracy to defraud the United States and making false statements to law enforcement. The plea agreement, which is subject to Court approval, requires the Court to impose a sentence within the range of no prison time to a year and a day in prison.  Sentencing is scheduled for August 28, 2017.

According to the plea documents, Moskov worked from July 2012 through August 2016 as the USAID Deputy Director for the Office of Health, Infectious Disease, and Nutrition. Her office was located at USAID headquarters in Washington, D.C.  The charges involve her dealings with a person identified in the documents as “Co-Conspirator A,” a close personal friend who worked as a consultant for various projects for USAID, as well as the private sector. Moskov and “Co-Conspirator A” took trips together and was the man of honor at her wedding.

In June 2014, according to the plea documents, Moskov wanted to hire “Co-Conspirator A” for a consultancy contract. She was the approving and selecting official for the contract, and the person to be chosen for the work was to report to her. Moskov provided internal government document templates needed for the consultancy to “Co-Conspirator A.” In an e-mail at the time, Moskov told him that “we need to jump thru a few hoops and will go through the motions but you will (sic) selected in the job – any time you spend putting this together add it as days to your consultancy … thanks peaches.”

Additionally, during an investigation, law enforcement learned that Moskov had used her government e-mail account in 2012 to ask “Co-Conspirator A” for a loan to help her in financing a house. “Co-Conspirator A” agreed to loan her the funds. In an e-mail, Moskov thanked “Co-Conspirator A” for the loan and wrote, ““Send me your CV again and let me float it here with the 2 missions as well as some of my contacts around town … there is SOOO much work going on here! I got to get you in the system.”  “Co-Conspirator A” wired her $7,100.

In December 2015, Special Agents with the USAID Office of Inspector General interviewed Moskov at USAID headquarters. She falsely stated that she had repaid the entire $7,100 loan from “Co-Conspirator A.” In reality, she had paid nothing back.