The Defense Department’s now-defunct business task force for rebuilding war-torn Afghanistan has again been found to have ineffectively spent its budget, devoting more than half of $675 million in contract obligations to indirect or support costs and favoring sole-source providers, a watchdog found. 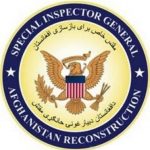 The Special Inspector General for Afghanistan Reconstruction on Tuesday released its latest critique of the Pentagon’s Task Force for Business and Stability Operations, which worked from 2010-2014 to hire companies to help the Afghans with economic development in such areas as mining, irrigation and banking.

That body was disbanded in 2015, with many of its projects incomplete or turned over to the State Department and the U.S. Agency for International Development.

Keep reading this article at: http://www.govexec.com/contracting/2018/01/pentagon-task-forces-675-million-contracts-rebuild-afghanistan-found-wasteful/145077