You are here: Home / Government Contracting News / Are RFIs a waste of time and money?

All too often I hear stories of how federal agencies issue requests for information simply as fishing expeditions with no real intent on following up with a formal solicitation. 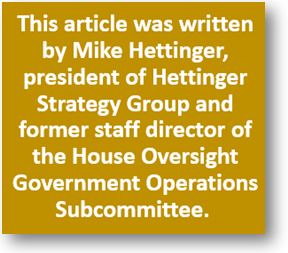 I believe RFIs are a critical tool in helping agencies conduct market research, identify interested companies and eventually narrow the pool of potential bidders, but if the RFI doesn’t turn into a contract opportunity, is government living up to its end of the bargain? The same might be said for BPAs, IDIQs and other contract vehicles that are “awarded” but not used to their full potential post-award.

I’d be the first one to tell you government should interact more with business to better understand innovative service offerings or emerging technologies.  RFIs are one tool to do that, but when an RFI is released and companies scramble to respond, they expect a contract opportunity at the end of the process.

Keep reading this article at: https://fcw.com/articles/2018/01/25/comment-value-rfis.aspx