You are here: Home / Government Contracting News / George Carlin and the effects on solicitations, contracts

I read an article by Matthew Berry, ESPN senior writer on ESPN.com on Love, Hate and seven dirty words. 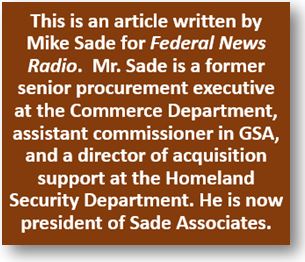 I did not know he worked in Hollywood, where his first job was working as George Carlin’s [the famous comedian] assistant. I remember hearing the, “Seven words you can never say on television,” skit. Most of those words I had heard on the playground, but couldn’t admit to my parents.

Berry stated in the article that Carlin told him: “Words are just words, he would argue, it’s the context of those words that’s the key. The motivation and intent behind what someone was saying was the key. The idea that one word was bad while another was safe was insane to him.”

So how does this apply to solicitations and contracts?

How the government states requirements, proposal preparation instructions, and evaluation criteria matter. What most solicitations and contracts lack is context.

Keep reading this article at: https://federalnewsradio.com/commentary/2018/02/george-carlin-and-the-effects-on-solicitations-contracts/