The Defense Department’s Office of Acquisition and Sustainment differs more from its predecessor than anyone expected when DoD set out to split its acquisition office and reorganize the pieces back in February. 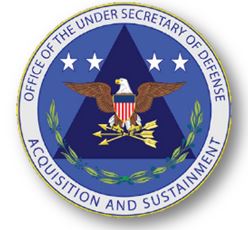 Assistant Secretary of Defense for Acquisition Kevin Fahey said the changes, including a large workforce reduction, have been in service of innovation and speedier acquisition.

For one thing, back in February, Undersecretary of Defense for Acquisition, Technology and Logistics Ellen Lord said that there were no plans for a workforce reduction. But Fahey said at the Professional Services Council’s Oct. 29 Vision 2018 event, as part of the reorganization, he cut his workforce by 40 percent.

Lord also said in February that the workforce would not see changes in title, series or grade. Again, what Fahey had to say after the fact differed significantly.

“Reorganizations are really hard, because everybody’s belief is ‘change is good, just leave me the hell alone,’ right? So, as you can imagine, all the people that were in [Acquisition, Technology and Logistics] were all for the reorganization, as long as you left them alone, and we couldn’t leave them alone,” Fahey said. “One thing I did, which is the right thing to do, but makes it harder, is in my organization, I changed every single job. I did that purposely. I didn’t want anyone to think that they were doing the same job they were doing before we reorganized. So everybody in my organization got a letter telling them what their new job was and who their new supervisor was, which I think was the right thing to do.”

Keep reading this article at: https://federalnewsnetwork.com/defense-main/2018/11/dod-acquisition-office-saw-workforce-reduction-job-changes-despite-assurances/