You are here: Home / Government Contracting News / New DoD policy aims to crack down on alleged price gouging by TransDigm 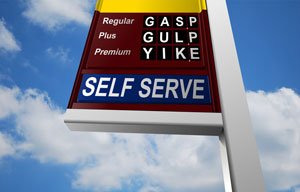