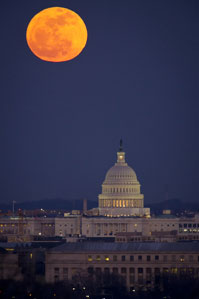 A continuing resolution, or CR, would avoid a government shutdown when the last funding patch expires Nov. 21, just before Congress takes its Thanksgiving recess.

“It takes a lot of oxygen out of the air, and some business is transacted, but it will slow everything down,” Shelby told reporters, adding that a continuing resolution could be needed into February or March.

The Senate last week voted to advance the a package of fiscal 2020 domestic spending bills passed by the House, which would include nearly one-third of all nondefense discretionary spending. The Senate is set to resume consideration of the package today.

That package excludes Department of Defense appropriations, which has been snagged in a fight over border wall funding. Democrats are likely to withhold support for defense spending until a larger spending deal is reached.

Keep reading this article at: https://www.defensenews.com/congress/2019/10/25/congress-mulls-spring-cr-to-avoid-government-shutdown/