In the legislation that creates the U.S. Space Force, Congress has directed a major reorganization of the office that manages the acquisition of space systems. 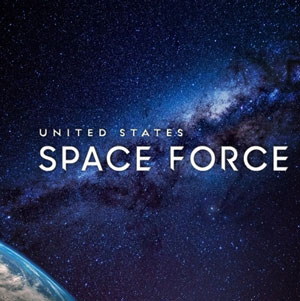 Although it could take some time to figure out the details of the Space Force’s acquisition bureaucracy, programs are not likely to slow down as a result, said Ellen Lord, undersecretary of defense for acquisition and sustainment.

During a breakfast meeting with reporters Jan. 14, Lord said the Pentagon is closely monitoring the standup of the U.S. Space Force. A senior level Space Governance Board, in which Lord participates, spends a lot of time tracking the ongoing reorganization.  She said leaders are enthusiastic about the creation of a U.S. Space Force under the Department of the Air Force. “I frankly see more effort and leadership involvement in space now than ever in the past,” Lord said.

“We see the standup of the Space Force and of U.S. Space Command as an opportunity to really focus on this critical domain,” she said.  Specifically on how space acquisitions should be managed under the Space Force, Lord said it will be up to Air Force and Space Force leaders to propose options that satisfy the congressional mandate to give space its own acquisition shop.

“The NDAA instructed the Air Force to come up with a variety of suggestions, if you will, courses of action around how to do acquisition,” said Lord.

Keep reading this article at: https://spacenews.com/pentagon-official-u-s-space-force-reorganization-should-not-slow-down-acquisitions/