One advantage of the new Space Force organization is that it allows its leaders to focus exclusively on space, rather than divide their attention between space and air. 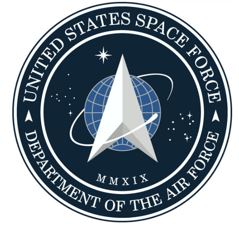 That means the new assistant secretary of the Air Force for space acquisition, once they’ve been nominated and confirmed by Congress, will be able to focus more closely on integrating and synchronizing existing space capability and acquisition programs. That’s something sorely needed in the space domain, according to one of the officials working to stand up the new office.

“Often this lack of synchronization is not an acquisition problem per se, but really it’s a problem of disparate funding responsibilities and poorly prioritized capability development,” said Shawn Barnes, deputy assistant secretary of the Air Force for space acquisition, on the Space Foundation’s July 15 Space Policy Pod[cast]. “I believe our real value proposition is not in providing another layer of acquisition oversight, but rather in multiplying the value of space systems through integration and synchronization.”

The problem is that each of the other service branches, as well as a number of agencies in the intelligence community, all have vested interests in space and in protecting those interests. But each is moving in its own direction. Barnes sees an opportunity for the new ASAF to unite everyone on the same page.

Keep reading this article at: https://federalnewsnetwork.com/defense-main/2020/07/new-space-force-acquisition-office-to-prioritize-integration-over-bureaucracy/