You are here: Home / Search for "beta"

Users will get a preview in April of the new SAM.gov — a central, one-stop website for all of the General Services Administration’s acquisition tools — but will have to wait a bit longer to access the full capabilities of the current SAM.gov. 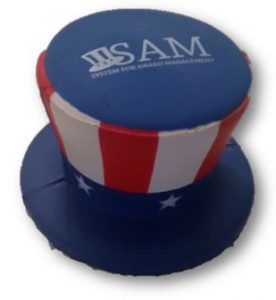 Since 2017, GSA’s Integrated Award Environment has been operating two websites with the SAM moniker: the original SAM.gov, where companies and organizations register before vying for federal contracts and grants, and beta.SAM.gov, soon to be the central procurement website. Beta.SAM will ultimately consolidate 10 acquisition tools, and already includes Contract Opportunities — formerly Federal Business Opportunities, better known as FedBizOpps or FBO — and the reporting functions of the Federal Procurement Data System, or FPDS, which now reside on the Data Bank page.

The next major transition will be moving functionality from the current SAM.gov to beta.SAM, shuttering the former and dropping the “beta” from the latter.  GSA officials had planned to finalize the transition before the end of April but have since revised that timeline.

Keep reading this article at: https://www.nextgov.com/cio-briefing/2021/02/gsas-central-procurement-hub-will-keep-beta-little-longer/171951/

The legacy SAM.gov will be shuttered and all the capabilities will be folded into the new SAM.gov, which currently goes by beta.SAM.gov.

The registration site for organizations doing business with the federal government will be migrating to the new central website for all procurement systems, allowing the latter to drop the “beta” designation and clear up some confusing nomenclature.

The System for Award Management, currently housed at SAM.gov, is used by federal contractors and grantees to register for the unique number used to identify the organization in official documents — similar to a Social Security number.  The site, managed by the General Services Administration, shares a name with the agency’s developing central procurement hub, beta.SAM.gov.

GSA’s Integrated Award Environment program office has been working on consolidating all related procurement tools on a single website since 2018. The effort started with migrating the Catalog of Federal Domestic Assistance, or CFDA, and Wage Determination Online, or WDOL, tools to beta.SAM, followed by two of the most-used acquisition tools in government.

Keep reading this article at: https://www.nextgov.com/cio-briefing/2020/12/gsas-central-procurement-hub-will-lose-beta-april/170541/

The next major transition to beta.SAM — the FPDS contract award data reporting tools — is coming next month, with the legacy SAM.gov next on deck.

Next month, the reporting function of a key federal contracting data tool will be retired as officials push users toward a new tool on a new site destined to become the central hub for all government contracting.

Moving the reporting functions of the Federal Procurement Data System — and other parts of the larger transition—has led to widespread frustration and confusion among contracting officers and vendors alike. The program office managing the transition is hoping to quell these issues for future roll-outs and through improved training sessions for users.

The General Services Administration is in the midst of an ambitious plan to consolidate every federal contracting tool—vendor registration, solicitations, contracts databases, past performance information, wage rates—on a single website.

The final site will be called SAM.gov — named for the System for Awards Management — but it won’t be the same as the current SAM.gov, where federal contractors go to register their companies before being allowed to bid on solicitations. The original SAM.gov is still live while the Integrated Award Environment, or IAE, team at GSA moves functionality for that and other tools to the beta.SAM.gov website.

Keep reading this article at: https://www.nextgov.com/cio-briefing/2020/09/how-and-when-gsas-new-central-contracting-portal-will-lose-beta/168420/

Users will no longer be able to run contract award reports through FPDS.gov, though that site will retain other capabilities.

As of October 17, federal vendors, contracting researchers and watchers and any other interested party, will no longer be able to run or access contract award data reports through the Federal Procurement Data System at FPDS.gov.

On that date, the General Services Administration expects to have completed the full migration of FDPS’s reporting functions—administrative, static, standard and ad hoc reports—to the beta.SAM.gov website under the Data Bank page.

“At that time, beta.SAM.gov will be the only place to create and run contract data reports and the reports module in FPDS.gov will be retired,” according to an update in GSA’s new beta.SAM.gov newsletter.

Originally, all of the reports functions were slated to transfer to beta.SAM.gov in March. However, GSA opted for a “soft launch” this spring, with an “agile iterative improvement process” set to conclude in October.

Keep reading this article at: https://www.nextgov.com/it-modernization/2020/08/fpds-reports-will-officially-move-betasam-mid-october/167685/

In the three months since the General Services Administration transitioned to the beta.sam.gov portal for contract opportunities from the decades-old FedBizOpps.gov site, the raw numbers show concerns over the site have settled down.

The site has seen almost 900,000 visitors and 120,000 registered users since November. The number of calls to GSA’s help desk is at or below the levels that came in during the pre-transition time.

“We don’t get any more help desk calls or asks for intervention than we did with the legacy FBO. And the calls we do get are generally around two things: how to log in and do multi-factor authentication and the second is how to use the new search features because they look very different than the legacy site,” said Judith Zawatsky, assistant commissioner in the Office of Systems Management in GSA’s Federal Acquisition Service, in an interview with Federal News Network.

But if you dig deeper, particularly the folks who understand the inner workings of the new site, frustration and disappointment over the transition and functionality of beta.sam.gov continue.

Keep reading this article at: https://federalnewsnetwork.com/reporters-notebook-jason-miller/2020/02/change-is-hard-vs-real-problems-the-tale-of-the-beta-sam-gov-portal/