You are here: Home / Archives for Affordable Health Care Act

Infiltrating the defense supply chain is one of the most insidious means by which attackers can compromise our nation’s communications and weapons systems. Successfully targeting a single component of the defense industrial base can cause a ripple effect that can significantly impact everything from data centers to war fighters in theater. 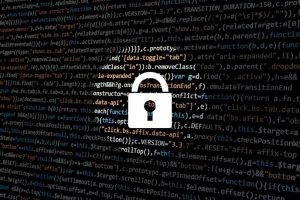 The Department of Defense’s new “Deliver Uncompromised” security initiative is designed to tackle this problem at its root cause: third-party suppliers. In essence, the DoD is requiring its suppliers to bake security into their applications from the beginning of the production process. A “good enough” approach that just clears the bar for minimal security criteria is no longer good enough. Security must be ingrained in the very fabric of the entire production process.

The process starts with people. They are responsible for ensuring that the solutions that comprise the supply chain work as designed and are inherently secure. They work closely with highly sensitive and proprietary information that is attractive to enterprising hackers. They are the first line of defense.

Unfortunately, those same factors make people the most attractive attack vector. When a malicious actor wants to gain access to a component or system, it’s often easier to just steal someone’s credentials than it is to try and find their way around a firewall. Obtaining a simple password is often enough to gain access to a critical system that can then be compromised, or information that can be exploited. 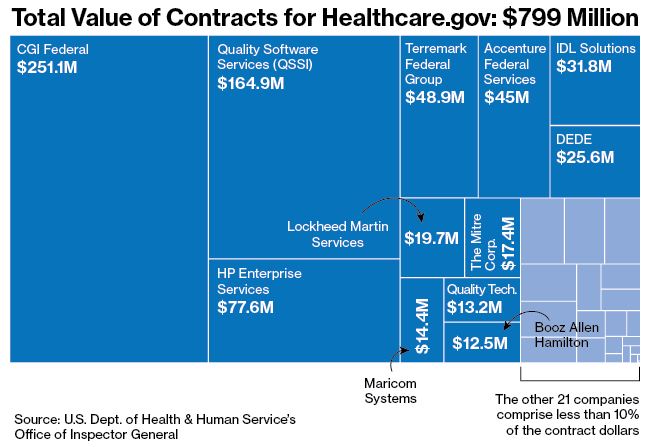 The contractor responsible for the embattled HealthCare.gov website is stepping down from its role now that “our job has been completed.” 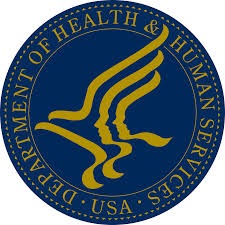 “Having achieved the goal of making HealthCare.gov a stable and reliable platform for people seeking coverage, Optum will not rebid to continue the role of senior adviser,” Matt Stearns, a company spokesman, said in a Wall Street Journal article last week. Optum’s contract expires in July.

It was one of 33 contractors working on the $800 million website before it launched in October 2013. In that role, Optum set up the Data Services Hub, which handles band-end queries of federal databases, and the tool for handling initial sign-in data, according to a ModernHealthcare article.

Keep reading this article at: http://www.fiercegovhealthit.com/story/contractor-overseeing-healthcaregov-steps-down/2015-05-18

Four years after President Obama vowed to “dramatically reform the way we do business on contracts,” the spectacular failure of the HealthCare.gov website has renewed calls for changes in how the government hires and manages private technology companies.

But despite Mr. Obama’s promises in the last two months to “leap into the 21st century,” there is little evidence that the administration is moving quickly to pursue an overhaul of the current system in the coming year.

Outside experts, members of Congress, technology executives and former government officials say the botched rollout of the Affordable Care Act’s website is the nearly inevitable result of a procurement process that stifles innovation and wastes taxpayer dollars. The Air Force last year scrapped a $1 billion supply management system. Officials abandoned a new F.B.I. system after spending $170 million on it. And a $438 million air traffic control systems update, a critical part of a $45 billion nationwide upgrade that is years behind schedule, is expected to go at least $270 million over budget.

Longstanding laws intended to prevent corruption and conflict of interest often saddle agencies with vendors selected by distant committees and contracts that stretch for years, even as technology changes rapidly. The rules frequently leave the government officials in charge of a project with little choice over their suppliers, little control over the project’s execution and almost no authority to terminate a contract that is failing.

A new congressional report criticizes the federal government for awarding tens of billions of dollars in contracts to companies even though they were found to have violated safety and wage laws and paid millions in penalties. Issued on behalf of the Democratic senators on the Health, Education, Labor and Pension Committee, the report cited examples over the past six years.

For instance, Imperial Sugar had $94.8 million in federal contracts last year, even though it paid $6 million in safety penalties over a 2008 factory explosion in Georgia that killed 14 workers. The report also noted that the federal government had awarded $4.2 billion in contracts to Tyson Foods since 2000, even though Tyson has faced more than $500,000 in safety penalties since 2007 and 11 of its workers have died on the job since 1999.

The report urges the government to weigh a company’s safety and wage violations more closely as it awards contracts, which are about $500 billion a year to companies employing 26 million workers, representing 22 percent of the nation’s work force. It stops short of recommending automatic suspension of contracts or debarring contractors that were found to have violated federal laws, partly because government agencies were sometimes at fault, a committee staff member said.

“Taxpayer dollars are routinely being paid to companies that are putting the livelihoods and the lives of workers at risk,” the report said. “Many of the most flagrant violators of federal workplace safety and wage laws are also recipients of large federal contracts.”

Keep reading this article at: http://www.nytimes.com/2013/12/11/business/study-finds-federal-contracts-given-to-flagrant-violators-of-labor-laws.html