You are here: Home / Archives for Army

The Army’s $7.6 billion project to develop an advanced, high-tech replacement for the Bradley Fighting Vehicle hit a speed bump Friday when SAIC filed a protest with the Government Accountability Office against the service’s Aug. 18 award of technology development contracts for the new ground combat vehicle to BAE Systems and General Dynamics. The contracts have a combined value of $878 million.

When the Army TACOM Life-Cycle Management Command (formerly the Tank-Automotive and Armaments Command) released the procurement for the ground combat vehicle in November 2010 it said, “The Army anticipates awarding up to three contracts for the technology development phase.” But, in a surprise move, the service tapped only BAE and General Dynamics.

SAIC partnered with Boeing Co. and two German companies, Krauss-Maffei Wegmann and Rheinmetall Defence, which developed the Puma infantry fighting vehicle for the German army. The Puma went into production in 2009 and serves as the basic design for the group’s ground combat vehicle.

Vernon Guidry, an SAIC spokesman, said the company filed its protest because, “we believe the government relied on evaluation criteria outside its published request for proposal. We also believe several aspects of the bid may have been discounted because of a lack of familiarity with [the design’s] non-American origins.”

Lt. Col. David Gercken, an Army spokesman, said the service issued a stop-work order to BAE and General Dynamics until the protest is resolved. Ralph White, managing associate general counsel for procurement law at GAO, said a decision on the protest is due by Dec. 5.

The Army needs a new armored troop carrier able to withstand improvised bombs like those that have caused more than 60 percent of the troop casualties in Iraq and Afghanistan. It also wants a vehicle capable of carrying a nine-man infantry squad. Those requirements have pushed its weight into the 60-ton range, said Mark Signorelli, vice president and general manager for weapons systems at BAE.

Despite this hefty tonnage — just eight tons less than the Abrams tank — Signorelli said BAE plans to take the Toyota Prius approach to developing its version of the ground combat vehicle. He said BAE’s vehicle will use hybrid-electric drive technology and include a battery pack that will supplement power from a diesel engine.

The design of the BAE ground combat vehicle, Signorelli said, is a proven, similar to diesel electric locomotives, with the engine serving as a generator, applying power directly to traction motors that power the tracks.

Robert Sorge, senior director for the ground combat vehicle at General Dynamics, said his company considered a hybrid vehicle, but given the weight, a hybrid design “did not make a lot of sense . . . It’s not practical and is more expensive.”

General Dynamics said it will stick with proven diesel engine technology and drive trains, he said.

The Army also wants developers to provide a vehicle with built-in command-and-control systems as well as optical and radar sensors that can provide a 360-degree field of view to the crew, both BAE and General Dynamics executives said.

Communications system for the ground combat vehicle will be built around a network integration kit supplied by the Army, Sorge said. This kit includes Boeing’s Joint Tactical Radio System Ground Mobile Radio, the Army’s Force XXI Battle Command Brigade and Below system that tracks and displays friendly and hostile forces on the battlefield, and a computer system that ties displays and keyboards into the network.

The Army has a tight, seven-year schedule to develop, test and then field 1,800 ground combat vehicles. An Army source said he doubted the SAIC protest would put much of a crimp in the schedule.

The service has fielded more than 6,700 Bradley Fighting Vehicles since it was first introduced in 1981.

Officials at SAIC, whose team included Boeing Co. and a German company, contend that the Army made “errors in the evaluation process” and “chose not to appropriately integrate existing, proven technology into a comprehensive solution,” as the service looked at the three bids to develop its new infantry fighting vehicle, SAIC spokeswoman Melissa Koskovich said in a statement to Defense News.

The 2010 report put the blame for the broken Army acquisition process on “erosion of the core competencies of the personnel responsible for the development of requirements and the acquisition of systems and services.”

The review was conducted by an outside group chaired by Gilbert Decker, who served as assistant secretary of the Army for research, development and acquisition from 1994 to 1997, and retired Army Gen. Louis Wagner, who served as commander from the Army Materiel Command from 1987 to 1989.

The Army said it plans to hire close to 2,000 acquisition workforce personnel by 2015 in response to the recommendations in the Decker-Wager review.

The review also faulted the complex requirements process, which delayed development and fielding of systems due to a process that takes as long as two years to come establish conditions for acquisitions based on commercial products, such as information technology systems.

The Decker-Wagner review was based on interviews with more than 100 former high-ranking Defense Department and Army officials as well as defense industry executives. Army Secretary John M. McHugh said he planned to adopt 63 of the report’s 76 recommendations. .

The review acknowledged that in many cases its recommendations echo hundreds of other high-level reviews and studies of the Defense and Army acquisition process, going back to a 1986 commission chaired by David Packard of Hewlett-Packard Corp., who served as deputy secretary of Defense from 1969 to 1971.

The 2010 review invoked Packard, who, in his 1986 take on acquisition reform, asked, “We all know what needs to be done. The question is why aren’t we doing it?”

At a media briefing Thursday, Thomas Hawley, deputy undersecretary of the Army, provided the 2011 answer to that question, “If it was easy . . . we would have done it a long time ago.”

In 2007, Jacques Gansler, former undersecretary of Defense for acquisition, technology and logistics, delivered a report on the service’swartime contracting that found the Army’s civilian and military contracting workforce is stagnant or declining, and he recommended hiring 1,400 additional contracting personnel.

The Decker-Wagner report said the service still faces a shortage of contracting personnel, as well as systems analysts and engineers, and the Army has recommended hiring an additional 1,885 personnel in these fields by 2015. The recommendation [the report or the Army’s recommendation?] cautioned, however, that “it takes well over a decade to mature a systems engineer with domain expertise.”

The Army lacks a database to help it scope the size of the acquisition workforce, the Decker-Wagner review said. “Getting data on such basic questions as how many systems engineers the Army has and what are the trends in quantity and qualifications, proved impossible,” the 2010 review said.

Army acquisition officers lack operational experience, so the Decker-Wagner review recommended — and the service endorsed — a plan to assign them to operational field units for tours of about a year so they can gain a better understanding of operational requirements before returning to design and develop future systems.

The Army also endorsed a recommendation in the 2010 review that acquisition officers be assigned to the Army War College and Command and General Staff College.

The Army should emphasize rapid acquisition, compress requirement reviews, eliminate excessive documentation, encourage competitive prototyping, and expand the use of fixed-priced and incentive-fee contracts, the 2010 review recommended, and the Army agreed.

Heidi Shyu, acting assistant secretary of the Army for acquisition, logistics and technology, said at the press briefing that the service views the 2010 review as a framework for an “achievable, affordable and realistic” approach to acquisition. 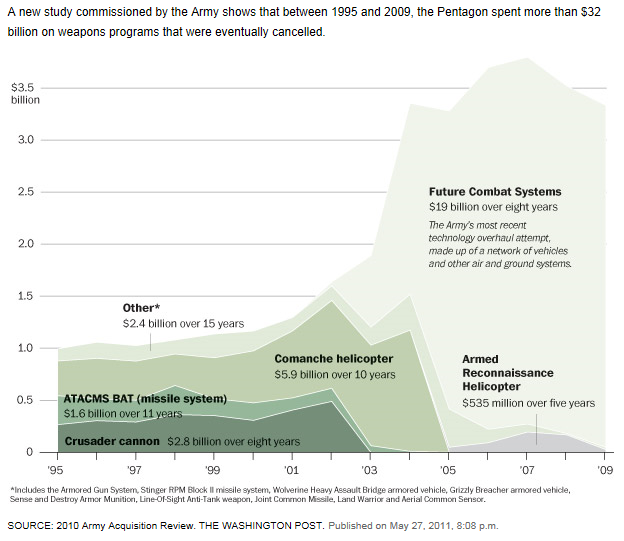 The Obama administration might be embracing fixed-priced contracts as the preferred method for purchasing goods and services from the private sector, but that strategy is not necessarily being implemented by the Army.

During a speech on Wednesday to service contractors, Malcolm O’Neill, assistant Army secretary for acquisition, logistics and technology, offered a surprisingly frank critique of fixed-price contracts.

“There is risk when you take something fixed-price,” O’Neill told members of the Professional Services Council, an industry trade association. “But my experience has been that when you offer a fixed-price bid, it’s 10 percent to 15 percent more than you need.”

O’Neill’s office often has argued against using fixed-price awards because of the belief that contractors build a cushion into their bids to compensate for the potential risks that occur during the length of a contract.

The Army wants the contractor to share the risk using more cost-plus, incentive-based contracts in which the vendor is rewarded for coming in ahead of schedule and potentially punished, through the loss of award fees, for delays. Cost-type contracts also can be more easily modified if the government’s requirements change, O’Neill said.

The Obama administration has repeatedly classified cost-plus contracts as “high risk,” lumping them in with time-and-materials contracts and sole-source awards. The Office of Federal Procurement Policy has encouraged agencies to cut by 10 percent their use of each of the three contract types.

Recent data, however, suggest that agencies’ use of cost-plus contracts actually has gone up. While agencies have cut their spending on time-and-materials contracts — considered the highest risk to taxpayers because of the potential for escalating costs — most of those contracts were converted to cost-reimbursement vehicles rather than fixed-price contracts, OFPP Administrator Daniel Gordon said last month.

O’Neill said he has received no direction from the Pentagon or the White House to use fixed-price contracting when he thinks it’s inappropriate. In some instances, he has counseled against fixed-price contracts because the Army’s estimated costs were 20 percent less than the lowest offer. He described the dichotomy as “should cost versus would cost.”

In a brief presentation, O’Neill stressed the principles of the Defense Department’s ongoing efficiency initiative to save money through reducing overhead costs, improving business practices — including more contract competition — and eliminating troubled programs.

“We have every reason to do our jobs better,” O’Neill said. “If I can do the job of 10 people with eight people, that makes me feel good.”

The funds saved from the efficiency initiative will largely be reinvested in the warfighter, Defense officials have said. The ultimate goal is a 2 percent-to-3 percent net annual growth in warfighting capability without a commensurate budget increase.

O’Neill said contractors will play a critical role in helping reach that goal. “You have got to play shortstop on our team,” he said.

The Army, for its part, recently completed a study that looked at contract requirements, overall funding and acquisition policies. The resulting plan, which eventually will be made public, now is being reviewed by Pentagon leadership.