You are here: Home / Archives for big government

For years, politicians have been telling us the federal government needs to operate more like a business, but can a private sector leader truly be a great public sector leader? Is the reverse true? 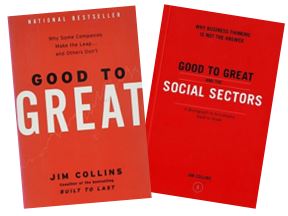 Successful leadership in business or government requires a mastery of communication and negotiation skills, and an ability to engender trust and credibility. But routinely ignored are the different responsibilities and skills required.

When private sector leaders are tapped for government service, they must recognize that different skills are needed for success. The high wire act of learning on the job can be disastrous for both the office holder and citizens.

Jim Collins, author of Good to Great: Why Some Companies Make the Leap and Others Don’t (HarperCollins 2001), wrote a monograph entitled Good to Great and the Social Sectors: Why Business Thinking is not the Answer. It explores the differences in detail. Collins writes that social sector organizations look to the private sector for leadership models and talent, which may be a mistake, “because of the checks and balances that exceed the capacity of private sector leaders in their facilitative leadership capacity . . . Indeed, perhaps tomorrow’s great business leaders will come from the social sectors, not the other way around.”

Keep reading this article at: http://m.govexec.com/excellence/promising-practices/2016/04/why-you-cant-run-government-business/127213