You are here: Home / Archives for Board of Contract Appeals

On March 28, 2018, the Federal Register published proposed changes to the Civilian Board of Contract Appeals’ (“Board”) Rules of Procedure regarding appeals under the Contract Disputes Act (“CDA”). 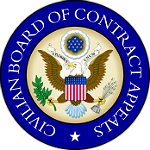 These proposed rules indicate that the Board wishes to: simplify and modernize access to the Board, clarify certain rules, and increase conformity between its rules and the Federal Rules of Civil Procedure (“Federal Rules”).

A side-by-side comparison between the Board’s current and proposed rules can be found here.

Key takeaways from the proposed rule changes can be found here.

The Pentagon and the company that supplies U.S. troops in Afghanistan with food and water are locked in a billion-dollar billing dispute that illustrates the flawed management of contracts for battlefield support, according to documents released Thursday by a House oversight subcommittee investigating the arrangement.

The Defense Logistics Agency, which supervises the food supply contract, is demanding that Supreme Foodservice of Ziegelbrucke, Switzerland, return more than $750 million in overpayments made by the government. But the company has refused, claiming it is owed $1 billion more than the $5.5 billion it has already been paid. Despite the clash, Supreme is among the contenders for a new food-service contract in Afghanistan that will be worth upwards of $10 billion.

Keep reading this article at http://www.federalnewsradio.com/65/2877494/Panel-examining-flaws-in-DLAs-food-for-troops-contract.