You are here: Home / Archives for Budget Control Act 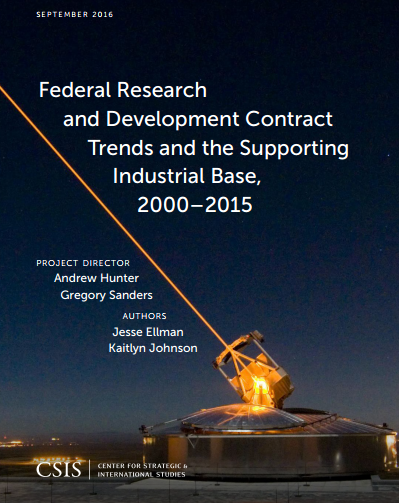 Speed of acquiring new technology – rather than lowering cost – is the driving force behind U.S. military acquisition reform, a panel of defense spending experts said Monday.

Speaking at the Center for International and Strategic Studies (CSIS), a Washington, D.C., think tank, William LaPlante, a vice president at Mitre and a former senior U.S. Air Force acquisition official, said the hurdle now is not really cost, but speed.

“If you’re going to fail, fail early” and build in true modularity in the systems — like the Gerald R. Ford carriers (CVN-78). LaPlante said this would be a big step away from the proprietary hardware, software and interfaces called for in existing programs.

Katherine Blakeley, of the Center for Strategic and Budgetary Assessment, said, the three concerns in defense spending still come down to: What are you getting, how much is it going to cost and when are you getting it. But speed of delivery is taking on new importance as threats change.

Keep reading this article at: https://news.usni.org/2016/04/25/csis-panel-speed-not-cost-is-key-question-in-defense-acquisition-reform

Con­gress has aver­ted a mid­night shut­down.

The House of Representatives on Wed­nes­day af­ter­noon, September 30, fol­lowed the Sen­ate’s ex­ample by eas­ily passing a tem­por­ary spend­ing bill, fund­ing the federal gov­ern­ment through Decem­ber 11, 2015.

Another government shutdown would be a “nightmare” for the federal contracting community, disrupting business, leaving employees wondering about furloughs and cutting corporate profits, according to area business leaders.

They are looking at the looming Sept. 30 deadline, by which Congress has to pass a spending plan, with a mix of angst and dread, while clinging to hope that a crisis will be averted, several executives said at a conference organized by the Professional Services Council, a trade group.

“There is a lot of concern because it’s completely out of their control,” said Alan Chvotkin, the PSC’s executive vice president and counsel.

While much of the attention to a possible shutdown has been focused on the hundreds of thousands of federal workers who would likely be affected, there would also be a major impact on the contractors who often work alongside their government counterparts and are essential to the daily operations of the federal government.

Keep reading this article at: http://www.washingtonpost.com/blogs/federal-eye/wp/2015/09/21/federal-contractors-worried-that-government-shutdown-would-be-a-nightmare/