You are here: Home / Archives for Clinger-Cohen Act

The 2016 National Defense Authorization Act (NDAA) established the Section 809 Panel to address fundamental problems with how the Defense Department acquires goods and services to support its warfighters.

It recently released an interim report and supplement advocating in broad strokes for a host of improvements to the acquisition system to better streamline the process and increase industry offerings to the government.

In meeting with over 200 government and industry representatives, the interim report found that the acquisition system creates obstacles that make it unattractive for small and large businesses alike to offer their goods and services to the government. It explained that “the United States’ ability to maintain technological, military and economic superiority is being challenged,” as our adversaries are recognizing vulnerabilities in our forces and the ability to respond through modernization.

Thus, the Pentagon’s acquisition procedures must be improved to achieve “a degree of agility that DoD is not currently able to deliver,” it said.

To achieve this agility, the interim report recommended several improvements.

Keep reading this article at: http://www.nationaldefensemagazine.org/articles/2017/7/25/panel-urges-acquisition-system-reform

Think Bold. That’s the slogan of the so-called “Section 809 Panel,” a special commission created by Congress to review the full spate of federal (and defense-unique) acquisition laws, rules and practices. 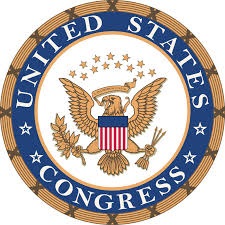 The goal is to provide lawmakers with a set of recommendations for legislative or administrative redress that will help improve the speed and performance of the defense acquisition system and open its aperture to the full array of available capabilities.

At a recent but little noticed hearing before the House Armed Services Committee, panel chair Deirdre Lee and several of her fellow panelists made eminently clear the need for substantial change, stating outright that the current acquisition system is simply incapable of getting the job done. The pace and scope of technological developments, the changing nature of the requisite workforce, the dramatic shift in technology ownership and leadership, and the numerous regulatory and policy requirements that too often wall the government off from needed solutions were among the reasons the panelists were so unanimous in their belief that truly bold action is required. And that’s exactly what they promised their final report would deliver.

Keep reading this article at: http://www.govexec.com/excellence/promising-practices/2017/05/congress-sending-mixed-messages-defense-procurement/138203/

Obama administration officials say there are too many IT procurement vehicles, and they want agencies to consolidate their buying around existing interagency contracts rather than launch new ones. There is even a strong case to cut back on current contracts, which officials say are often duplicative in what they provide for buyers.

Where does that leave governmentwide acquisition contracts (GWACs)?

“Agencies are required to balance the value of creating a new contract against the benefit of using an existing one, and whether the expected return on investment is worth the taxpayer resources,” said Dan Gordon, who was OFPP administrator at the time.

Following the 1996 Clinger-Cohen Act that authorized their creation, GWACs became a poster child of sorts for that kind of contract inflation. Many agencies were looking to create their own contracts as testimony to their procurement mojo in an era of huge growth in government IT acquisition. For vendors, GWACs were seen as a hunting license to pursue lucrative government IT business.

Keep reading this article at: http://fcw.com/articles/2013/06/07/feature-gwac-facts.aspx