You are here: Home / Archives for contracting-out

Reviewing the job descriptions, POGO was alarmed at the extent to which the jobs included tasks that are borderline illegal to contract out.

It’s no secret that the government relies on contractors to perform different tasks, and there is generally no problem with that given that the private sector has a vast amount of highly skilled workers. However, there are federal activities that, by law, must be performed by government employees, including determining agency policy, budget request priorities, and what supplies or services are to be acquired. Drafting congressional testimony or responses to congressional correspondence is also off limits to contractors.

One job announcement was so blatant that it even stated that a legislative affairs specialist would support the United States Cyber Command “With minimal guidance”’ or “With no guidance” to prepare background papers and talking points, and prepare leadership to testify before Congress, meet with Members of Congress, and meet with pertinent Congressional Committee Staff Members.

Keep reading this article at: https://www.pogo.org/analysis/2016/08/to-be-or-not-to-be-contracted-out/

Last month, Government Executive’s Charlie Clark posited the question of whether, in a Trump Administration, public-private competitions under the policy and methodology known as A-76 would be or should be revived. 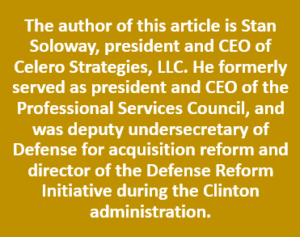 As the article demonstrated, opinions on the issue, which was for many years the focus of harsh, often bitter debate, have not changed much.

Despite having long been, and continuing to be, an outspoken advocate of expanding the use of competition to drive higher government performance and greater efficiency, I believe A-76’s time has passed and it would be wise to let this sleeping dog lie.

Keep reading this article at: http://www.govexec.com/excellence/promising-practices/2017/01/its-time-bury-76it-worked-once-its-day-past/134305

The Energy Department’s Bonneville Power Administration, which employs more contractors than federal workers out of its Portland, Ore., headquarters, has fallen short in monitoring the outsourcing of tasks that may be inherently governmental, a watchdog found. 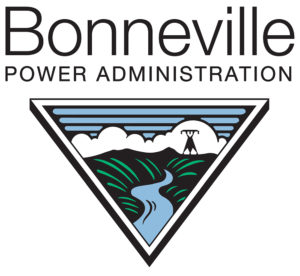 Only one of several allegations in the hotline complaint was substantiated in the audit of a judgmental sample of 20 of the 3,117 contract workers. But “the issues we identified occurred, in part, because of problems with the manner in which Bonneville managed and implemented its supplemental labor category of contract workers, lack of a strategic workforce plan, insufficient management and oversight of its contractor workforce, and an inadequate procurement control environment,” the IG wrote.

Keep reading this article at: http://www.govexec.com/contracting/2017/01/bonneville-power-administration-faulted-lax-oversight-contractors/134342/

Contracting-out government services is a topic that stays in the news.

Units of local, state and the federal government usually are prompted to consider a contracting-out strategy as a means to save money.  It’s not unusual for such plans to be challenged by government workers, labor unions, and even taxpayers who think that good paying jobs will be eliminated and savings really won’t be realized.

But what about when a service is outsourced to the private sector.  Is it given the oversight and analysis that its should be afforded?  More directly, how carefully are contractors being watched?

Now, a non-profit organization devoted to the study of privatization and responsible contracting called In the Public Interest, has published a comprehensive report entitled, “Standing Guard: How Unaccountable Contracting Fails Governments and Taxpayers.”

The report makes the point that when local and state governments contract-out critical public services that are crucial to the well-being of the community, the need for robust contract oversight is pressing. However, research and the experiences of cities and states across the county show that too often contract oversight is lax.

Oversight is important so that government can hold contractors accountable for their performance, and ensure that the public receives quality services at a reasonable cost. Proper oversight can protect public health and safety. Strong oversight allows governments to catch waste, fraud, and abuse in real time instead of long after the fact, and correct mistakes before they result in serious harm.