You are here: Home / Archives for corruption

Jerry T. Vertefeuille of Niceville, Florida was sentenced on Feb. 12th to 60 months in prison.  Co-defendant Christopher A. Carter of Fort Walton Beach, Florida is scheduled to be sentenced on February 15th.

Vertefeuille pleaded guilty to conspiracy (to commit theft of honest services and wire fraud), bribery of a public official, and obtaining and disclosing procurement information.

U.S. Attorney Keefe said: “Public corruption is an attack on the rule of law, which is the mission of the Department of Justice and the cornerstone of American government.  The U.S. Attorney’s Office, along with local, state, and federal law enforcement agencies, is committed to upholding the public’s faith in honest services and enforcing high ethical standards.”

“Corruption in the government procurement process damages the public trust and ultimately degrades the warfighting mission of the Department of Defense,” commented Special Agent in Charge John F. Khin with the southeast field office of the Defense Criminal Investigative Service (DCIS).  “DCIS, along with our investigative partners, remains committed to pursuing and bringing to justice anyone who uses fraud and deception to undermine the critical missions of the Department of Defense and the safety of our communities.” 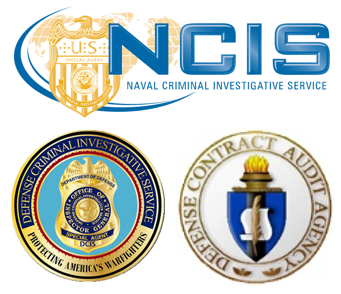 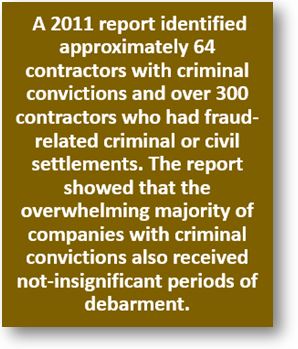 Fraud isn’t something you want to experience in any field, and procurement is no different.

This is the first article in a series that will examine the most common types of public sector procurement fraud to help you keep up-to-date on red flags you should look out for.

In this article, we’ll cover all of the key points about 4 common types of public sector procurement fraud:

Keep reading this article at: https://www.publicspendforum.net/blogs/peter-smith/2017/02/26/public-sector-procurement-fraud-the-four-common-types

A former employee of the U.S. Army Corps of Engineers (USACE) based in Afghanistan was sentenced on Mar. 8, 2018 to 100 months in prison for soliciting approximately $320,000 in bribes from Afghan contractors in return for his assistance in U.S. government contracts.

Mark E. Miller, 49, of Springfield, Illinois was also ordered to serve three years of supervised release following his prison sentence and forfeit $180,000 and a Harley-Davidson motorcycle.  Miller previously pleaded guilty to a one-count information charging him with seeking and receiving bribes.

Miller admitted worked for the USACE from 2005 until 2015, including in Afghanistan from 2009 to 2012, and maintained a residence in Springfield during that time.  From February 2009 to October 2011, Miller was assigned to a military base, Camp Clark, in eastern Afghanistan.  He was the site manager and a contracting officer representative (COR) for a number of construction projects in Afghanistan.

On Dec. 10, 2009, the USACE awarded a contract worth approximately $2.9 million to an Afghan construction company for the construction of a road from eastern Afghanistan to the Pakistani border.  This contract later increased in value to approximately $8,142,300.  Miller oversaw the work of the Afghan company on this road project, including verifying that the company performed the work called for by the contract and, if so, authorizing progress payments to the company by the USACE.

As part of his guilty plea, Miller admitted that, in the course of overseeing the contract with the Afghan company, he solicited from the owners of the company approximately $280,000 in bribes in return for making things easier for the company on the road project, including making sure the contract moved along and was not terminated.  He further admitted that, after the contract was no longer active, he solicited an additional $40,000 in bribes in return for the possibility of future contract work and other benefits.