You are here: Home / Archives for cost overrun

The Office of Inspector General for the U.S. Department of Veterans Affairs issued a report that found both a contractor and VA hospital officials demonstrated “shoddy planning” and poor oversight of an $8.7 million generator project that is $17.5 million over budget.

The VA in June 2014 hired Florida-based BCI Construction for $8.7 million to install a generator system and accompanying structure to house the unit at the Jack C. Montgomery VA Medical Center in Muskogee, Oklahoma. According to the inspector general, the VA did not submit an excavation plan for approval before beginning work. Subsequently, a hillside and parking lot collapsed, and the damage will cost $17.5 million to fix.

In addition to supervisory and procedural errors, the inspector general also found that BCI’s worksite to be unsafe. Safety inspections were sporadic, and 49 safety violations were never reported to the government contracting officer, which is a violation of VA policy.

Keep reading this article at: https://www.constructiondive.com/news/report-lax-oversight-of-va-project-caused-177m-overrun-construction-col/520242/

Read the article in The Oklahoman newspaper on this subject at: http://newsok.com/article/5588662/construction-collapse-at-muskogee-va-hospital-will-cost-17.5-million-to-repair-and-was-the-result-of-poor-planning-federal-report-finds 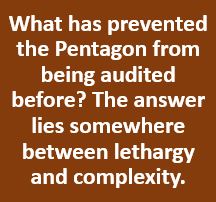 The long-rumored scathing report on the General Services Administration’s 18F organization didn’t materialize as some hoped. But what auditors did find is an office that is acting like a private sector startup by spending money it doesn’t have and hiring at a rate that is only seen from emerging tech companies. 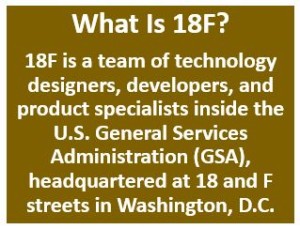 The agency’s inspector general also found 18F chose not to listen to advice of GSA’s chief financial officer and the commissioner of the Federal Acquisition Service about following the law to pay back its initial funding, and did so with a smug attitude that many in and out of government have said is emblematic of the digital services movement across government.

“18F’s cumulative net loss from its launch in fiscal 2014 through the third quarter of fiscal 2016 is $31.66 million. We found that 18F’s plan to achieve full cost recovery has been unsuccessful because of inaccurate financial projections, increased staffing levels and the amount of staff time spent on non-billable activities,” the IG stated in its report issued Oct. 24. “18F managers have repeatedly overestimated revenue and, with the support of the administrator’s office, hired more staff than revenue could support. In addition, 18F staff spent over half of their time on non-billable projects. 18F managers have recently revised their projected breakeven date from 2019 to 2020.”

Keep reading this article at: http://federalnewsradio.com/agency-oversight/2016/10/ig-finds-gsas-18f-disregarded-policies-planned-poorly/

A House panel voted last Wednesday to subpoena the Veterans Affairs Department for information on cost-overruns related to a $1 billion hospital construction project, as well as spending on artwork in VA facilities.

The Veterans’ Affairs Committee is seeking all unredacted evidentiary documents related to the construction of a new VA medical center in Aurora, Colo., which started in 2011 and was supposed to cost roughly $600 million. The project still isn’t done, and so far has cost more than $1 billion. The department already has provided the committee with “thousands of pages of documents,” including an unredacted copy of the VA’s final report from the Administrative Investigation Board, wrote Deputy Secretary Sloan Gibson in an Aug. 19 letter to Rep. Mike Coffman, R-Colo., who represents the district that is home to the construction project.

But many lawmakers, including Coffman and committee Chairman Jeff Miller, R-Fla., do not believe the VA has been sufficiently transparent.

Keep reading this article at: http://www.govexec.com/management/2016/09/house-panel-subpoenas-va-artwork-spending-documents-delayed-1-billion-construction-project/131335/

The Obama administration is rolling out a new weapon in the perennial battle against contract cost overruns and agencies taking delivery of instantly obsolete software. 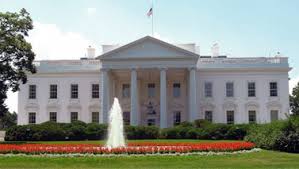 Acquisition Innovation Labs, as announced last Wednesday by U.S. Chief Acquisition Officer Anne Rung, will “provide a pathway to test and implement more innovative approaches to acquisitions, with a strong emphasis on improving IT investments.”

Under the plan, each agency will appoint acquisition innovation advocates (AIAs) to promote testing of new ideas and better ways of executing existing practices in their agencies through managed risk-taking. Agencies will set up innovation labs “to promote meaningful collaboration through an integrated product team,” Rung said, and will participate in a new AIA Council to maximize collaboration across the government as well as share best practices and lessons learned.

Keep reading this article at: http://m.govexec.com/contracting/2016/03/white-house-would-curb-contracting-waste-innovation-labs/126578