You are here: Home / Archives for cost-plus

As the Trump administration continues to set its agenda for the federal government, it is emphasizing accountability, efficiency and tangible results. The message is clear: agencies must deliver better results with fewer resources. 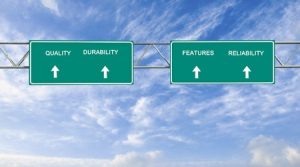 With budget cuts, hiring freezes and greater scrutiny of program funding, we need a fundamental shift in the way agencies acquire services and deliver on their missions to citizens. Outcomes-based contracting, which promotes a tight collaboration between agencies and their contractors, is a natural fit for this environment. With the administration’s business-centric approach to problem-solving, it would make sense for agencies to tie contractors’ compensation to their ability to deliver defined program outcomes.

In an outcomes-based contracting model, companies are paid for the results they deliver. It’s an approach that has already gained popularity within the technology industry, so much so that Gartner predicts that by 2018, one-third of all IT contracts will be based on program outcomes, replacing traditional cost-plus contracts that pay based on the completion of individual tasks or activities.

Outcomes-based contracting has enormous potential beyond IT procurements. Amid growing skepticism about the effective implementation of both large and small public programs, outcomes-based contracts help to ensure that agencies are good stewards of taxpayer funds by directly aligning contractor compensation with program goals.

Keep reading this article at: http://www.govexec.com/excellence/promising-practices/2017/07/how-agencies-can-deliver-better-results-less-money/139756 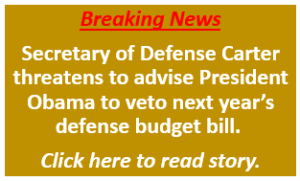 The first annual Defense Department acquisition report shows there is no  statistical correlation between rise in cost of schedule or cost growth and the  cost-plus or fixed-price contract types.

Between 1970 and 2011, fixed-price contracts did not exhibit a significantly  different cost growth than cost-reimbursable contracts, the June 28 report says.

During the same period, data shows that there is no significant difference in  between cost-reimbursable and fixed-price contracts with respect to schedule  growth on development contracts, the report says.

Keep reading this article at: http://www.fiercegovernment.com/story/dod-report-shows-no-cost-difference-when-using-cost-plus-or-fixed-price-con/2013-07-11

NASA might be cutting $1 billion from its space operations budget but a new study claims there are billions in opportunities in science and technology areas.

“As NASA shifts priorities for human spaceflight from shuttle operations to human exploration capabilities and commercial spaceflight, the budget will be redirected to a range of technology development programs,” said Steve Bochinger, president of Euroconsult North America.

The firm and its partner Omnis Inc. have released a new study, NASA Spending Outlook: Trends to 2016, which analyzes NASA’s budget.

As space operations shrink, the science budget will be redistributed among NASA centers, Bochinger said.

The study also predicts that NASA’s business practices will have to change with a shift from cost-plus contracting to more fixed-price contracting.

About the Author: Nick Wakeman is the editor of Washington Technology. Article appeared June 8, 2011 at http://washingtontechnology.com/articles/2011/06/08/nasa-budget-priorities-shift.aspx?s=wtdaily_090611

The Obama administration might be embracing fixed-priced contracts as the preferred method for purchasing goods and services from the private sector, but that strategy is not necessarily being implemented by the Army.

During a speech on Wednesday to service contractors, Malcolm O’Neill, assistant Army secretary for acquisition, logistics and technology, offered a surprisingly frank critique of fixed-price contracts.

“There is risk when you take something fixed-price,” O’Neill told members of the Professional Services Council, an industry trade association. “But my experience has been that when you offer a fixed-price bid, it’s 10 percent to 15 percent more than you need.”

O’Neill’s office often has argued against using fixed-price awards because of the belief that contractors build a cushion into their bids to compensate for the potential risks that occur during the length of a contract.

The Army wants the contractor to share the risk using more cost-plus, incentive-based contracts in which the vendor is rewarded for coming in ahead of schedule and potentially punished, through the loss of award fees, for delays. Cost-type contracts also can be more easily modified if the government’s requirements change, O’Neill said.

The Obama administration has repeatedly classified cost-plus contracts as “high risk,” lumping them in with time-and-materials contracts and sole-source awards. The Office of Federal Procurement Policy has encouraged agencies to cut by 10 percent their use of each of the three contract types.

Recent data, however, suggest that agencies’ use of cost-plus contracts actually has gone up. While agencies have cut their spending on time-and-materials contracts — considered the highest risk to taxpayers because of the potential for escalating costs — most of those contracts were converted to cost-reimbursement vehicles rather than fixed-price contracts, OFPP Administrator Daniel Gordon said last month.

O’Neill said he has received no direction from the Pentagon or the White House to use fixed-price contracting when he thinks it’s inappropriate. In some instances, he has counseled against fixed-price contracts because the Army’s estimated costs were 20 percent less than the lowest offer. He described the dichotomy as “should cost versus would cost.”

In a brief presentation, O’Neill stressed the principles of the Defense Department’s ongoing efficiency initiative to save money through reducing overhead costs, improving business practices — including more contract competition — and eliminating troubled programs.

“We have every reason to do our jobs better,” O’Neill said. “If I can do the job of 10 people with eight people, that makes me feel good.”

The funds saved from the efficiency initiative will largely be reinvested in the warfighter, Defense officials have said. The ultimate goal is a 2 percent-to-3 percent net annual growth in warfighting capability without a commensurate budget increase.

O’Neill said contractors will play a critical role in helping reach that goal. “You have got to play shortstop on our team,” he said.

The Army, for its part, recently completed a study that looked at contract requirements, overall funding and acquisition policies. The resulting plan, which eventually will be made public, now is being reviewed by Pentagon leadership.