You are here: Home / Archives for counterfeit parts

Did you know that since President Barack Obama took office he has issued over a dozen executive orders that have resulted in at least 16 new regulations for government contractors to adhere to? 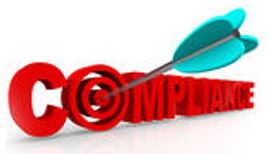 You can probably think of a few right off the top of your head. New regulations are not only complex, they are expensive. Crowell & Moring estimates that nearly 30 cents of every contract dollar goes toward compliance with unique government regulations.

It becomes even more complicated when prime contractors are responsible for their suppliers and ensuring they are also adhering to the new regulations.

Keep reading this article at: http://federalnewsradio.com/commentary/2016/03/supply-chain-compliance-buck-stops/

Many contractors admit they will be unable to immediately comply with a rule, taking effect by March 2014, that would require contractors to either develop a new system for detecting counterfeit electronic parts or forego payment.

The Pentagon is under pressure to address congressional concerns about the risk of weapons systems failing if adversaries or sloppy suppliers slip in unauthorized components.  That’s because the deadline for carrying out a 2011 defense authorization law  calling for anti-counterfeit regulations was almost two years ago.

But the military sector is unprepared for all the pending requirements, partly because the Defense Department has not offered an explanation for what an acceptable system must do.  Industry members told Pentagon officials as much earlier this summer during meetings and in written comments on a draft rule. Officials say they are reviewing company concerns but still plan to release the mandates during the first quarter of calendar year 2014.

“The rule will take effect when the final rule is published,” Defense spokesman Mark Wright said in an email on Aug. 8, 2013.

Keep reading this article at: http://www.nextgov.com/defense/2013/08/defense-sector-not-ready-comply-2014-anti-counterfeit-rule/68378