You are here: Home / Archives for Customs and Border Protection 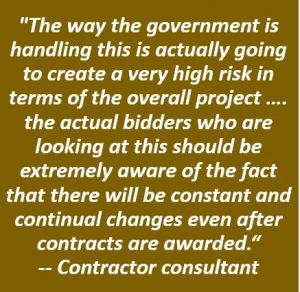 An Indiana man who charged federal employees and job applicants for training on how to beat lie detector tests was sentenced to eight months in prison on Friday.

Chad Dixon, 34, of Marion, Ind., charged customers up to $2,000 plus travel expenses to teach them how to subvert polygraph examinations used by government agencies in federal security background checks. Two federal contractors with Top Secret security clearances who worked for an intelligence agency and a law enforcement agency were among his customers.

“Dixon customized his trainings by asking each customer the purpose of their polygraph examination and the information they wanted to conceal from the government,” according to a press release from Neil MacBride, the U.S. Attorney for the Eastern District of Virginia.

Keep reading this article at: http://www.govexec.com/oversight/2013/09/man-who-trained-feds-how-beat-polygraph-tests-heads-prison/70122/?oref=govexec_today_nl