You are here: Home / Archives for Cyber Command

U.S. Cyber Command is still in the beginning stages of building out an acquisition capability.

Eight years after its launch and about two years after being granted limited acquisition authority from Congress, the command is still working to demonstrate that its wares and abilities make good use of funds and that it is capable of managing contracts, its acquisition executive said.

“I will say we are in our infancy from an acquisition perspective. We are putting the foundation of the personnel and the skills,” Stephen Schanberger said Sept. 6 at the Billington Cybersecurity Summit. “We’re in the beginning stages right now.”

In the fiscal 2016 defense authorization bill, Congress gave Cyber Command limited acquisition authority capped at $75 million with a sunsetting in 2021. Congressional aides have equated this authority to that of Special Operations Command, noting that they wanted to employ a crawl, walk, run mentality to make sure Cyber Command can execute it.

Keep reading this article at: https://www.fifthdomain.com/dod/cybercom/2018/09/07/cyber-commands-acquisition-authority-still-in-its-infancy/

The service cyber components that feed up to Cyber Command are responsible to man, train and equip their cyber warriors, meaning each service ends up using their own acquisition and service-specific models to do so. 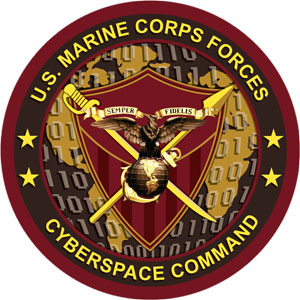 Marine Corps Forces Cyberspace Command does not possess direct acquisition authority and so they have to work through a variety of vectors including other commands within the service to procure both offensive and defensive capabilities.

Keep reading this article at: https://www.fifthdomain.com/dod/marine-corps/2018/02/21/heres-how-the-marines-cyber-warriors-are-procuring-equipment/

Cyber Command contract to outsource all mission support involves, among other activities, a lot of digital munitions-making.

An 84-page draft task order released Sept. 30 runs the gamut of hacking and counterhacking work, plus traditional IT support activities.

The proposed solicitation was accompanied by a 114-page draft of the full 5-year contract. In May, CYBERCOM officials cancelled a similar $475 million project announced earlier that month. At the time, officials explained a reorganized request for bids with more details would be out in the fall.

Keep reading this article at: http://www.nextgov.com/cybersecurity/2015/10/460-million-cybercom-contract-coming-month-cyber-joint-munitions-help-wanted/122526

Shortly after cancelling its search for bids on a five-year outsourcing contract, U.S. Cyber Command said a retooled version will be out by October.

After abandoning last week a $475 million job posting for cyberattack and network defense experts, the Pentagon now says a retooled solicitation that takes into account private sector questions will be out by Oct. 1.

“Given significant interest along with technical and clarification questions from industry, U.S. Cyber Command is reassessing and amending the [request for proposals] to give industry better fidelity into cyber requirements,” a Cyber Command official told Nextgov on May 28th.

The original solicitation, released April 30, was itself a revised version of a December 2014 draft request for proposals. The draft and final contracts both strove to reconcile the command’s needs with cyber market realities.

Keep reading this article at: http://www.defenseone.com/technology/2015/05/pentagon-will-relaunch-475-million-cyber-effort-fall/11406: