You are here: Home / Archives for DARPA

Defense Department leaders and agencies have been granted much-needed flexibility to respond to the coronavirus pandemic.

Last week, Under Secretary of Defense for Acquisition & Sustainment Ellen Lord delegated approval authority for Other Transaction Agreements (OTAs) related to the coronavirus response, consistent with Section 13006 of the CARES Act.

In an April 5 memorandum, Under Secretary Lord designated approval authorities for OTA prototype projects and follow-on production contracts and agreements as follows:

In addition, in lieu of providing 30 days’ advance notice to congressional defense committees of OTAs above $500 million that are related to COVID-19, Section 13006 permits Under Secretary Lord or the Under Secretary of Defense for Research & Engineering to provide notice as soon as practicable after the OTA’s commencement.

Keep reading this article at: https://www.insidegovernmentcontracts.com/2020/04/other-transaction-authorities-given-greater-flexibility-to-foster-innovation-in-coronavirus-response/

The Defense Department is embracing the alternative procurement method but could use more oversight of the deals, a Government Accountability Office audit found.

The Pentagon upped its use of purchases through other transaction authority, or OTAs, significantly over the past fiscal year, nearly doubling both the number of total OTA contracts and total investment.

Based on data from the Federal Procurement Data System, the audit indicates the Pentagon has more than tripled its use of OTA contracts since it received enhanced authorities from the 2016 National Defense Authorization Act. In that year, Defense agencies issued only 248 OTA awards for approximately $1.4 billion.

Keep reading this article at: https://www.nextgov.com/emerging-tech/2019/11/pentagon-nearly-doubles-use-other-transaction-authority-purchases/161504/

Three officials from varying military offices focused on innovation asserted that the department’s research and development game is strong, it’s the follow-through that causes problems. 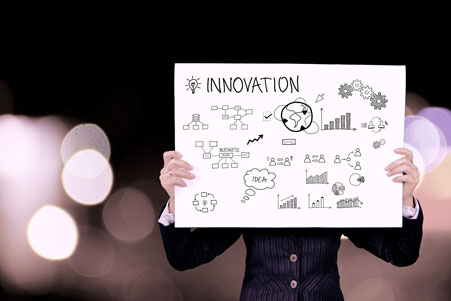 The Defense Department doesn’t have an innovation problem, according to three top officials in charge of leading innovation efforts. The military is very good at coming up with new technologies; the problem comes when services try to adopt those new ideas.

The department has a long history of innovating, according to Steven Walker, director of the Defense Advanced Research Projects Agency, or DARPA, which 50 years ago created the networking protocols that would later become the internet.

“The country is innovative,” he said during a panel Wednesday at the 2019 Defense News Conference. “It’s the application of some of that innovation that we struggle with.”

Keep reading this article at: https://www.nextgov.com/cio-briefing/2019/09/dod-innovation-isnt-problem-so-what/159670/

Research, economic development and other sponsored activities at Georgia Tech passed a significant milestone during the fiscal year that concluded on June 30, recording more than a billion dollars in new grants, contracts and other awards. The record amount comes from federal government agencies, companies, private organizations, the state of Georgia and other sources.

“Tackling society’s most pressing challenges requires multidisciplinary teams of scientists, engineers, business experts, policymakers and humanists, crosses multiple areas of specialization and often necessitates involvement from more than one research organization,” Abdallah said. “This level of funding allows us to participate in and lead more complex, more important and more impactful research projects. We are grateful to our research collaborators and to the state of Georgia for the confidence they have placed in us by providing these resources.”

Accounting for approximately $643 million of the $1,050,095,192 total, GTRI employs more than 2,300 engineers, scientists and support staff at facilities in Atlanta, Warner Robins and other locations around the United States. GTRI’s research spans a variety of disciplines, including autonomous systems, cybersecurity, electromagnetics, electronic warfare, modeling and simulation, sensors, systems engineering, test and evaluation, and threat systems.

Among the examples of large, collaborative projects funded at Georgia Tech during fiscal 2019 is a $21.9 million award from the Defense Advanced Research Projects Agency (DARPA) to develop new techniques for battling a potential flu pandemic. The project will involve five universities, a company and the Centers for the Disease Control and Prevention in developing new ways to help the body resist infection, fight the virus and boost the effects of vaccines.

In another example, Georgia Tech is leading a consortium of 12 universities and 10 national laboratories in a $25 million project with the U.S. Department of Energy’s National Nuclear Security Administration (NNSA) to develop new technologies and educational programs to support the agency’s nuclear science, security and nonproliferation goals. The award will link basic research at universities with the capabilities of U.S. national laboratories.

In the humanities, Georgia Tech’s Digital Integrative Liberal Arts Center (DILAC) received a three-year, $1.5 million grant from the Andrew W. Mellon Foundation to continue and expand its innovative work in the digital humanities. The new award followed $1 million of initial funding from the Mellon Foundation that established the DILAC, which uses digital projects to engage undergraduate students in the liberal arts.

For its home state, Georgia Tech conducts research to benefit farmers and food companies with improved crop monitoring, food processing and inspection technology. And researchers recently helped the Georgia Division of Family and Children Services protect case managers with the development of ClickSafe, a small device that can quickly summon help if needed.

Solving critical challenges for research sponsors is just one part of Georgia Tech’s innovation pipeline. Research often leads to discoveries that can, in due course, become the basis for new products, new goods, new services and new industries. To create new jobs and new investment, Georgia Tech can license technology to existing companies and startups. During fiscal 2019, Georgia Tech filed 87 U.S. patent applications and executed 55 licenses for the use of intellectual property. At least seven startup companies were launched during the year based on research discoveries.

In addition to its impact on the nation’s safety, quality of life and economic prosperity, Georgia Tech’s research program benefits its students by providing real-world experience. In fiscal 2019, approximately 4,000 students worked in the research program as graduate research assistants, while another 2,400 students participated in undergraduate research, supplementing classroom, laboratory and other educational activities.

Two measures are often used to assess the volume of university research programs. A number for total awards represents new funding provided during a specific fiscal year. These awards often support sponsored activities that take place across more than one year, so funding from a specific award may be included in multiple expenditure reports, which are the other metric commonly used for measuring research programs. An expenditures number includes the total amount actually spent during a specific year.

Bots have been making some headway in the government workforce, performing the kinds of mundane, clerical, routine tasks that make the people who do them feel less than human.

But robotic systems may soon take it up a notch, gaining new responsibilities with basic but essential procurement duties.

The Defense Advanced Research Projects Agency (DARPA) recently issued a request for information looking for robotics and intelligent process automation applications in the commercial sector. The robots would need to perform tasks such as evaluating proposals, automating market research, performing cost and price analyses, carrying out modification actions, and issuing price negotiation memoranda. The Pentagon’s top research arm isn’t proposing that robots run the show or take people’s jobs, but it is talking about the kind of jobs that might move robots up a theoretical pay grade from what they’ve been doing.

DARPA said it wants to look into the possibility of using the “operational efficiency and functional capabilities” of such systems to perform “routine administrative tasks and document generation in the government procurement process.”

Keep reading this article at: https://www.governmentciomedia.com/bots-could-be-climbing-another-rung-workforce-ladder