You are here: Home / Archives for data breach

The government’s lead contracting agency plans to formalize how and when contractors are required to disclose data breaches and to mandate better government visibility into how serious those breaches are.

The proposed rule will mandate that the General Services Administration (GSA) and the agency that’s being served by the contract have access to breached contractor systems, according to a regulatory roadmap set to be published in the Nov. 16th edition of the Federal Register.

Contractors will also be required to preserve images of the affected systems for the government to review, the roadmap states.

The proposed rule is scheduled to be published in February with a comment period that closes in April.

Contractors have frequently been a weak point for federal cybersecurity efforts.

Keep reading this article at: https://www.nextgov.com/cybersecurity/2018/11/government-contractors-face-new-data-breach-disclosure-and-investigation-requirements/152864/

It’s easy to forget that roughly a year ago, Equifax was hacked, which compromised the personal information of roughly 145.5 million individuals.

The scope of the breach was concerning for a number of reasons, not the least of which was the fact that Equifax was providing identity verification services for three federal agencies at the time it was attacked.

In a recent report, GAO reviewed how these agencies responded to the attack. While not making any specific recommendations at this time, GAO’s report does highlight the extent to which federal agencies were not fully prepared for cyberattacks on private contractors.

Prior to the Equifax breach, the IRS, the Social Security Administration, and USPS contracted with Equifax to provide identity verification services. These agencies relied on Equifax’s databases to verify the identities of individuals applying for various services. For example, the IRS used Equifax servers to verify identities for tax return purposes.

Keep reading this article at: http://smallgovcon.com/uncategorized/gao-reviews-agency-actions-in-the-wake-of-equifax-data-breach/ 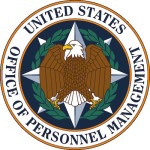