You are here: Home / Archives for data rights

The U.S. Court of Appeals for the Federal Circuit reversed an Armed Services Board of Contract Appeals (ASBCA) denial of summary judgment and held that a federal contractor may include certain restrictive markings on “unlimited rights” data supplied to the U.S. government. 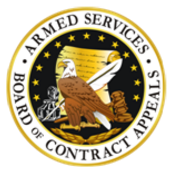 Boeing marked each technical data deliverable submitted to the Air Force with a legend that described Boeing’s data rights pertaining to third parties. The government rejected Boeing’s technical data deliverables in view of the legend Boeing placed on the data, and Boeing requested a Contracting Officer Final Decision (COFD) regarding the propriety of its marking. The Air Force issued a COFD for each contract, confirming the rejection of technical data marked with Boeing’s legend as a nonconforming marking because it was not in the authorized format pursuant to paragraph (f) of the -7013 clause (Subsection 7013(f)).

Keep reading this article at: https://www.natlawreview.com/article/government-contractors-may-include-restrictive-markings-unlimited-rights-data

The U.S. Air Force never expected to fly aircraft such as the Cold War-era B-52 Stratofortress bomber for as long as it has, much less for another 30 years as it now plans to.

So if the Air Force continues to modernize its legacy fleets in addition to buying new, more advanced equipment and planes, it will need to have more access to technical data and software often owned or operated by industry partners, experts say.

“There is no real process to define what technical data requirements are in major acquisition programs,” said Heather Penny, senior fellow at the Mitchell Institute for Aerospace Studies.

Penny and a pair of former top Air Force operations officials debuted their study, “Data Requirements and Rights: Time for a Reassessment,” at the Air Force Association headquarters near Washington, D.C. on June 18th.

Keep reading this article at: https://www.military.com/dodbuzz/2018/06/20/10000-toilet-seats-and-data-rights-air-forces-new-dilemma.html

On June 16, 2016, the Department of Defense (DoD) issued a proposed rule to implement Section 815 of the National Defense Authorization Act for Fiscal Year 2012, which was originally enacted in December 2011.

Under the proposed rule, DoD would be given additional flexibility to release technical data or computer software to third parties (including competitors) if the data qualify as “segregation or reintegration” data.  Although the data would include limited-rights data or restricted-rights software, the recipient would be permitted to use the data or software only for segregation or reintegration, and must destroy the data or software at the “completion of authorized activities.”

The rule also permits, among other changes, the DoD to require delivery, without any time limits, of various technical data and software that either have been generated or merely “utilized” in the performance of a contract.

Four years in the making, this proposed rule attempts to implement and clarify statutory changes introduced in section 815 of the National Defense Authorization Act (NDAA) for Fiscal Year 2012.

Despite the attempt to clarify, the proposed regulations still leave open significant questions for contractors with respect to technical data rights.

Keep reading this article at: https://www.insidegovernmentcontracts.com/2016/07/6862/