You are here: Home / Archives for DLA

Some of the world’s largest companies have benefited from a little-known law that lets the Defense Department override decisions barring contractors accused or convicted of bribery, fraud, theft, and other crimes from doing business with the government. 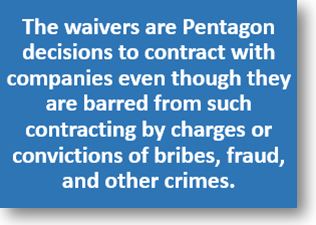 International Business Machines Corp., Boeing Co., BP Plc, and several other contractors have received special dispensation to fulfill multimillion-dollar government contracts through “compelling reason determinations.” That process allows the Defense Department in rare cases to determine that the need to fulfill certain contracts justifies doing business with companies that have been suspended from government work.

The 22 determinations were released by the General Services Administration at the request of Bloomberg Government, allowing for the first collective examination of the cases and the system that allowed them.

The determinations, also referred to as waivers or overrides, included contracts to provide food services for Defense Department personnel at an Army base in Afghanistan, “vital” web-hosting services for an agency that serves the Pentagon and the U.S. intelligence community, and aviation fuel sold to the Defense Logistics Agency.

Keep reading this article at: https://about.bgov.com/blog/millions-flow-pentagons-banned-contractors-via-back-door/

The Department of Justice has announced that the 3M Company (3M), headquartered in St. Paul, Minnesota, has agreed to pay $9.1 million to resolve allegations that it knowingly sold the dual-ended Combat Arms Earplugs, Version 2 (CAEv2) to the United States military without disclosing defects that hampered the effectiveness of the hearing protection device.

“The Department of Justice is committed to protecting the men and women serving in the United States military from defective products and fraudulent conduct,” said Acting Assistant Attorney General Chad A. Readler of the Department’s Civil Division.  “Government contractors who seek to profit at the expense of our military will face appropriate consequences.”

“Through rigorous enforcement of the False Claims Act, we protect taxpayer dollars from waste, fraud, and abuse,” said U. S. Attorney Sherri Lydon for the District of South Carolina.  “And in this case in particular, we are proud to defend the integrity of our military programs and ensure that our men and women in uniform are adequately protected as they serve our country.”

“Today’s settlement will ensure that those who do business with the government know that their actions will not go unnoticed,” said Frank Robey, director of the U.S. Army Criminal Investigation Command’s Major Procurement Fraud Unit. “Properly made safety equipment, for use by our Soldiers, is vital to our military’s readiness. Our agents will respond robustly to protect the safety of our military.”

“This settlement demonstrates the commitment of the Defense Criminal Investigative Service and our law enforcement partners to hold companies accountable for supplying substandard products, in particular products that could directly impact our service members’ health and welfare.  DCIS protects the integrity of Defense Department programs by rooting out fraud, waste, and abuse that negatively affect the wellbeing of our troops,” said Special Agent in Charge Robert E. Craig, Jr., DCIS Mid-Atlantic Field Office.

The settlement announced today resolves allegations that 3M violated the False Claims Act by selling or causing to be sold defective earplugs to the Defense Logistics Agency.  Specifically, the United States alleged that 3M, and its predecessor, Aearo Technologies, Inc., knew the CAEv2 was too short for proper insertion into users’ ears and that the earplugs could loosen imperceptibly and therefore did not perform well for certain individuals.  The United States further alleged that 3M did not disclose this design defect to the military.

The allegations resolved by the settlement were brought in a lawsuit filed under the qui tam, or whistleblower, provisions of the False Claims Act.  The act permits private parties to sue on behalf of the government when they believe that defendants submitted false claims for government funds and to share in any recovery.  As part of today’s resolution, the whistleblower will receive $1,911,000.

The settlement was the result of a coordinated effort by the Civil Division of the Department of Justice, the United States Attorney’s Office for the District of South Carolina, the Army Criminal Investigation Command, and the Defense Criminal Investigative Service.

The case is captioned United States ex rel. Moldex-Metric v. 3M Company, Case No. 3:16-cv-1533-MBS (D.S.C.).  The claims resolved by the settlement are allegations only, and there has been no determination of liability. 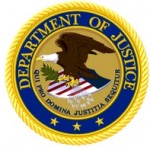 A New Jersey couple has been ordered to pay $232,891.37 to the United States for overcharging the military for light assemblies for munitions vehicles for the Defense Logistics Agency (DLA).

The defendants, New Jersey residents Babu Metgud and Shubhada Kalyani, operated Shubhada Industries, a defense contractor. The United States, as the plaintiff, moved for summary judgment against Metgud and Kalyani. In granting the United States’ motion, the district court entered judgment against the individual defendants, awarding damages and imposing the maximum penalty allowable under the False Claims Act.

The case arose from a contract in which Shubhada Industries agreed to manufacture light assemblies for DLA. Instead of actually manufacturing those parts, Shubhada purchased them from a third party and charged the government a total purchase price of $73,842 — which amounted to a 5,400 percent mark-up of the cost price, according to the court’s opinion. When the government questioned the cost, Metgud justified it by explaining that costs sometimes seem very high “to untrained eyes.”

Under the False Claims Act, a person who causes false or fraudulent claims to be submitted to the government for payment is liable for three times the government’s damages, plus civil penalties for each false claim. The court’s judgment consists of three times the amount the DLA paid, plus a civil penalty of $11,000, which the court noted was “at the top of the statutory range.”

In imposing this maximum penalty, the court explained that Metgud and Kalyani did not disclose to the agency their purchase of the light assemblies from someone else. In addition, the court opined the individuals “have not been forthright or cooperative in the Government’s investigation of the claims alleged in the amended complaint,” and seemed to “shrug off” the investigation and the court proceeding.

“Those who do business with the government must treat taxpayers fairly,” said U.S. Attorney McSwain. “This case demonstrates my Office’s commitment to holding accountable defense contractors and others who try to game the system for personal profit at the military’s expense.”

The case is significant because the government, as the plaintiff and moving party at summary judgment, obtained a judgment on the merits and without a trial. It is also significant because the district court’s judgment was based in part on its conclusion that it could draw an adverse inference against the individual defendants who invoked their Fifth Amendment right against self-incrimination.