You are here: Home / Archives for e-commerce

The General Services Administration’s ongoing journey to develop multiple e-commerce platforms for agency buyers will continue for a bit longer, this time due to the urgent response to the COVID-19 pandemic.

The agency has been working for more than two years on a pilot program — colloquially called “Amazon for government” — to partner with digital purchasing platforms to enable other federal agencies to more easily buy goods under the $10,000 micropurchase threshold. Originally, GSA planned to have at least two platforms up and running this year, though the coronavirus outbreak has thrown that timeline into limbo.

“Not surprisingly, GSA’s resources have shifted to support the COVID-19 response, and we’re having to prioritize certain activities to support the immediate needs of the federal government,” Laura Stanton, assistant commissioner for category management for GSA’s Information Technology Category, wrote in a post on Interact. “As a result, the contracting team for the commercial platforms proof of concept has also had to shift their focus to COVID-19 response efforts.”

Stanton said the program is now expecting a delay in the contract awards.

Keep reading this article at: https://www.nextgov.com/it-modernization/2020/04/covid-response-delays-awards-gsas-e-commerce-platform-pilots/164321/

There was a flurry of lawmakers seemingly troubled, disappointed and disturbed about the lack of governmentwide progress to move to the Enterprise Infrastructure Solutions (EIS) contract. 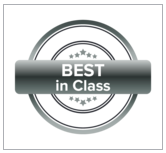 While the reality is most of the lawmakers probably had never heard of EIS until their staff explained to them 10 minutes before the hearing started that it’s a way for agencies to modernize their voice, video and data services, the House Oversight and Reform Subcommittee on Government Operations created at least an newsworthy façade last week.

The hearing also ferreted out a host of other valuable news nuggets about several of the General Services Administration’s technology services.

As one never to let a good almost 90-minute hearing go to waste, the subcommittee pressed GSA on the status and future of its e-commerce platform initiative.

About an hour into the hearing, Rep. Mark Meadows, R-N.C., ranking member of the subcommittee and the incoming chief of staff for President Donald Trump, asked what seemed like a simple question about GSA’s e-commerce platform initiative.

“Are you going to have the two awardees by the end of the month?” Meadows asked.

Keep reading this article at: https://federalnewsnetwork.com/reporters-notebook-jason-miller/2020/03/gsas-e-commerce-initiative-strained-by-new-protests-questions-over-supply-chain-risks/

In the latest step towards delivering on the long-promised “Procurement Through Commercial e-Commerce Portals” program, the General Services Administration has announced plans to build a proof-of-concept for federal online shopping, aiming to issue an RFP by the end of the year for web-based acquisition platforms.

According to GSA’s notice, the platforms will be based on an “e-marketplace” model — one that connects federal customers to a range of competing vendors, similar to online shopping websites in the private sector.  These “e-commerce portals” will carry “routine commercial items found on today’s commercial e-commerce platforms (with office supplies and industrial products being amongst the most common)[.]”  Purchases will be limited to the micro-purchase level, which is currently set at $10,000.

The agency expects to award multiple prototype contracts, and it indicated that further proof-of-concept contracts may be needed to test other online purchasing models.  These other purchasing models include an “e-commerce model,” under which each portal provider would serve as the seller of goods, and an “e-procurement model,” under which the acquiring agency would manage the platform using software supplied by a contractor to facilitate sales through multiple vendors.  On this point, GSA explained that “the one model that best fits GSA’s priorities for an initial proof of concept is the e-marketplace model.”

Crystal Philcox, assistant commissioner of enterprise strategy management for the Federal Acquisition Service, said at an ACT-IAC session that GSA continues to implement its “Federal Marketplace” strategy, a broad agency-wide plan to make acquisition more efficient and user-friendly for stakeholders.

“This strategy is really focused on experience,” she said. “I am pulling in as many things as I can find at GSA that have to do with improving the experience of interacting with the agency, for both buyers and suppliers.”

The strategy includes ongoing projects like GSA’s schedules consolidation and its e-commerce portals, but will also delve into other arenas like overhauling its contract-writing systems and crafting product offerings catalogs for customers.

Keep reading this article at: https://www.fedscoop.com/fas-officials-detail-rapid-changes-underway-service/