You are here: Home / Archives for e-commerce

In the ongoing movement to transform the government’s digital infrastructure, the General Services Administration is effectively the keystone — and that has presented the agency’s leader Emily Murphy with plenty of opportunities to improve how federal agencies buy technology.

Speaking at the American Council for Technology and Industry Advisory Council’s Acquisition Excellence conference Tuesday, the GSA administrator outlined several paths she’d like her agency to take to innovate acquisition.

“Acquisition innovation and technological innovation go hand in hand,” said Murphy, a 2018 FedScoop Top Women in Technology winner. “The priorities that I have outlined — reducing duplication, increasing competition and improving transparency — can be accomplished through several key programs and initiatives that GSA is currently working on. These efforts also directly affect and involve the federal acquisition community.”

Keep reading this article at: https://www.fedscoop.com/3-ways-emily-murphys-gsa-looking-innovate-acquisition/

The General Services Administration on Friday released the final plans for building a governmentwide e-commerce portal that would make buying commercial products easier and faster for federal agencies. 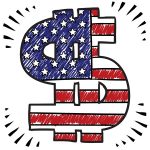 In the proposal, GSA and the Office of Management and Budget detailed the timeline for rolling out the platform. The agencies also called on Congress to make a handful of legislative changes to open the door for online federal purchasing. Agencies would ultimately use the portals to buy products from pens and pencils to potentially more complex items, like mobile devices or other technologies.

“This opportunity to increase competition and improve transparency in the acquisition process can greatly reduce the burden the current processes place on both our acquisition workforce and industry partners,” GSA Administrator Emily Murphy said in a statement.

The Defense Department could be the next big player in commercial, online marketplace commerce if the new acquisition reforms proposed by House Armed Services Committee Chairman Mac Thornberry (R-Texas) make it into law.

Thornberry released his third annual acquisition reform bill to the public today. This year he takes aim at DoD’s ability to buy commercial products, contract audits and services acquisition with an 80-page bill that will eventually be folded into the 2018 defense authorization bill.

The bill tries to encourage DoD to buy commercial off the shelf products through e-commerce marketplaces. Think something like Amazon, where the marketplace aggregates products from multiple vendors.

DoD already uses a system like that called DoD EMALL, but that is an area where vendors only sell to the government.

Keep reading this article at: https://federalnewsradio.com/defense-news/2017/05/thornberry-takes-aim-at-commercial-items-contract-audits-and-services-contracts/