You are here: Home / Archives for industry feedback

As the Pentagon prepares to split its acquisition office, the Defense Department’s top buyer is setting a goal to cut contract delivery time by 50 percent.

Ellen Lord, who will likely be the last defense undersecretary for Acquisition, Technology and Logistics, wants DoD to take advantage of new authorities given to the department in order to speed up the delivery time from when the Pentagon requests a product and when it’s delivered.

“Other transaction authorities, I think we see the Air Force doing a nice job with some of those and, frankly, we don’t have all of our staff that are totally cognizant of what those authorities are and what we can do and what we can’t do. What we are trying to do is develop an environment where people are comfortable saying ‘Hey, what if?’ and I’m trying to say ‘Yes, if’ versus ‘No’ to things,” Lord told reporters after an Oct. 11 speech at an Association of the United States Army event in Washington.

She added that DoD has created a risk averse culture because it makes such a public exhibition of programs that stumbled. Lord said she wants stumbling to happen earlier in the acquisition cycle where it is less costly.

Keep reading this article at: https://federalnewsradio.com/defense/2017/10/dod-wants-to-cut-contracting-time-by-50-percent-at-part-of-atl-split/

The 2016 National Defense Authorization Act (NDAA) established the Section 809 Panel to address fundamental problems with how the Defense Department acquires goods and services to support its warfighters.

It recently released an interim report and supplement advocating in broad strokes for a host of improvements to the acquisition system to better streamline the process and increase industry offerings to the government.

In meeting with over 200 government and industry representatives, the interim report found that the acquisition system creates obstacles that make it unattractive for small and large businesses alike to offer their goods and services to the government. It explained that “the United States’ ability to maintain technological, military and economic superiority is being challenged,” as our adversaries are recognizing vulnerabilities in our forces and the ability to respond through modernization.

Thus, the Pentagon’s acquisition procedures must be improved to achieve “a degree of agility that DoD is not currently able to deliver,” it said.

To achieve this agility, the interim report recommended several improvements.

Keep reading this article at: http://www.nationaldefensemagazine.org/articles/2017/7/25/panel-urges-acquisition-system-reform

A new advisory panel has been tasked with streamlining the Department of Defense’s procurement process.

Sitting on the powerful panel: several current or former employees of major military contractors including Boeing, Lockheed Martin, and General Electric. Those corporations every year do billions of dollars of business with the Department of Defense — and have given more than $2.2 million in campaign contributions to members of the House Armed Services Committee, which is responsible for approving changes to DoD funding.

The panel’s creation, mandated by Section 809 of 2016’s National Defense Authorization Act (NDAA), has received little media attention compared to other provisions in the NDAA. But the panel will be responsible for recommending policy that affects how approximately $115 billion of taxpayer money is spent annually.

Keep reading this article at: http://www.ibtimes.com/political-capital/major-defense-contractors-panel-will-direct-billion-dollar-defense-decisions

For the past several years, the government has directed that innovation be made a key ingredient of acquisition. Industry has embraced this idea, and it has become a standard practice. 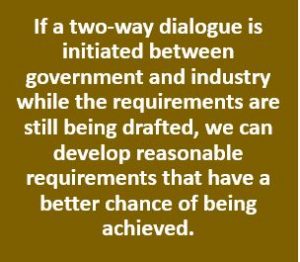 So what other practices can we embrace in order to improve acquisition? What should we be doing more of in order to develop and deliver quality products, on time, at an affordable price? One thing we can do is ensure we maximize collaboration between all stakeholders when developing new requirements, designing new products, or resolving issues on existing programs. 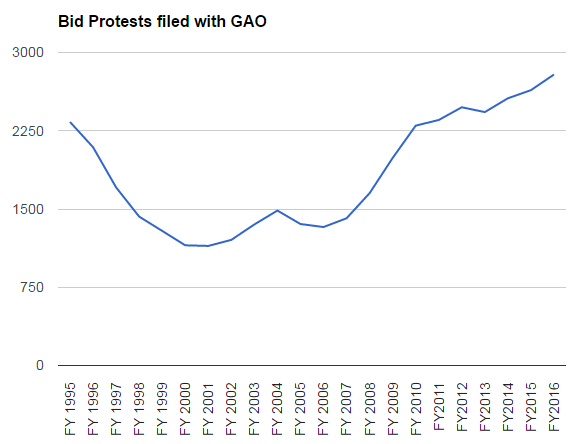