You are here: Home / Archives for IT support

There may be no better indicator that the General Services Administration’s e-commerce platform solicitation is facing a host of uphill challenges than the fact that the company many believe will be the ultimate winner filed the first protest. 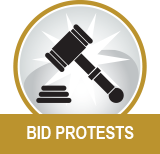 Sources say Amazon challenged whether GSA’s market research was sufficient, and it questioned some of the terms of the solicitation, particularly around the compliance of laws like the Competition-in-Contracting Act, the Federal Acquisition Streamlining Act and even the provision in the 2018 defense authorization bill requiring GSA to set up an e-commerce marketplace in the first place.

Keep reading this article at: https://federalnewsnetwork.com/reporters-notebook-jason-miller/2019/12/amazons-protest-of-gsas-e-commerce-platform-rfp-tells-us-why-the-silly-season-is-in-full-swing/

The single-award contract was created to help the emergency management agency manage its IT.  Now, that work will be spread across existing staff and contracts.

The Federal Emergency Management Agency (FEMA) is opting to cancel a $250 million IT support services contract that has been sitting in acquisition limbo for more than two years.

The agency posted a notice On Nov. 25th to the Contracting Opportunities website announcing the cancelation of the Information Technology Management Support Services Pillar contract. The single-award contract would have had a ceiling of $249 million, with a one-year base period and three one-year options.

FEMA initially released the request for proposals in July 2017, with bids due in late August of the same year. However, several leadership changes within the Office of the Chief Information Officer continually delayed award of the contract. Now, more than two years later, a reassessment of the agency’s needs has prompted FEMA OCIO to pull back the solicitation and opt instead to use existing DHS staff and contracts to meet those mission needs.

Keep reading this article at: https://www.nextgov.com/it-modernization/2019/11/after-two-years-limbo-fema-cancels-250m-it-support-contract/161531/