You are here: Home / Archives for National Guard

The Government Accountability Office upheld the protest of an incumbent vendor who lost a contract award in a case that points to the high level of complexity involved in IT and government contracting. 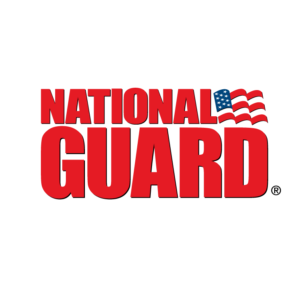 The case involves a 2015 IT services contract on behalf of the National Guard, under a procurement conducted by the Department of the Interior under the agency’s franchise fund authority. Incumbent NCI Information Systems protested the award of the contract to HP Enterprise Services.

The solicitation was designed to be fielded by companies on the Information Technology Enterprise Solutions 2 contract – an acquisition vehicle managed by the Army’s Computer Hardware Enterprise Software and Solutions office.

An independent government estimate put the value of the contract at just over $112 million.

Keep reading this article at: https://fcw.com/articles/2016/11/08/gao-protest-price-realism.aspx

When pilots encounter an in-flight emergency – such as engine or hydraulic failure – they consult with manuals, emergency procedures and other reference materials contained in their flight bags for information on how to respond. In the future, these cumbersome flight bags could be replaced by “electronic flight bags” consisting of a lightweight tablet computer loaded with electronic versions of documents that today are printed on paper. A tablet computer could easily store an entire library of aeronautical publications and charts and also include the most up-to-date versions.

“The Air National Guard asked us to conduct an operational utility evaluation of various tablet computers to determine whether they were feasible as electronic flight bags and whether  standardized hardware and software platforms could be selected for use by all of their squadrons,” said Byron Coker, a GTRI principal research engineer who is leading the project.

This work is supported by the Air National Guard Air Force Reserve Command Test Center in Tucson, Ariz. Coker’s collaborators on this project include research engineer Thomas Glimmerveen and student Joshua Fordham, who are based in GTRI’s Warner Robins, Ga. Field Office, and research engineer Thomas Norris, who is based in GTRI’s Tucson, Ariz. Field Office.

“Air Combat Command requested that we execute an operational test of the electronic flight bag due to some critical paper flight products that will no longer be printed in 2015,” said Lt. Col. Rogelio Maldonado of the Air National Guard Air Force Reserve Command Test Center. “The electronic flight bag has shown great promise and is likely to revolutionize cockpit management by consolidating flight products and providing the means for quickly navigating all resources.”

With GTRI’s assistance, pilots of A-10 and F-16 aircraft have executed flight simulator missions to test and evaluate two commercially-available tablets loaded with a software app developed by GTRI researchers called “QuickTOs” and commercially available flight planning apps. The flight simulator missions include emergencies, such as a cockpit fire or engine failure, which require the pilot to refer to the “QuickTOs” app that that enables quick access to technical orders.

“Technical orders can contain several hundred pages of safety procedures, technical information and instructions pertaining to the aircraft that need to be flipped through quickly in an emergency to find the relevant information and checklists,” explained Coker. “We electronically formatted the publications for our app and added links so that the documents could be easily and quickly organized, navigated and read on a tablet.”

The flight simulator missions also include executing landing approaches in simulated weather conditions that require the pilot to use instrument approach procedure charts. These charts are frequently updated due to the constantly changing environment around airports and must be reprinted and distributed to pilots each time a new version becomes available. Using electronic approach charts could greatly reduce paper and printing costs and increase the ease and speed of obtaining up-to-date charts. To date, more than a half-dozen multi-hour flight simulator missions have been conducted, each with several emergency procedures performed.

Air National Guard pilots then evaluated the tablets that scored highest against the criteria and judged each device’s ease-of-use and functionality as an electronic flight bag. The pilots judged whether each device functioned better, the same or less well than the standard paper publications and whether each device would support the basic requirements for flight and possibly even provide information not previously available.

As a result of the evaluations, two tablet computers were selected for flight simulator testing. Future work on this project will include additional flight simulations, followed by electromagnetic interference tests and real flight testing of the devices.

“Once we get the necessary approvals to begin flight tests, we will conduct them for about a year to gather enough data so that we can provide our recommendation for how the Air National Guard should move forward with fielding electronic flight bags,” said Coker.

Based on the initial simulator missions, Coker believes the electronic flight bag could be integrated as part of the pilot’s kneeboard – a clipboard strapped to the pilot’s knee that keeps flight-pertinent information, such as charts, maps and approach plates, close at hand during flight.