You are here: Home / Archives for networks

Following a successful Georgia chapter kick-off event in June, the U.S. Women’s Chamber of Commerce returns to the Georgia Tech campus on Sept. 16, 2015 with a special event — Growth Masters™.

Growth Masters™ is a community of individuals who are committed to actively owning their opportunities; confidently and capably leveraging resources to achieve financial, business, career, leadership and personal growth. 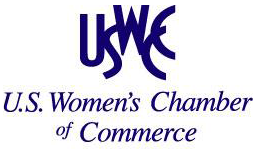 The Sept. 16th event will be a brown bag lunch meeting highlighting and focusing on success strategies to help women-owned businesses grow their firms through education and dialogue.  NOTE: This meeting has been converted to a webinar.  To register, please visit: https://uswcc.org/events/uswcc-atlanta-presents-growth-masters-2015-09/

Guest speaker at the September event will be Crystal Blackwell.  She is President and Chief Executive Officer of Staffing One, Inc.   Ms. Blackwell is also Chief Executive Officer of Human Capital Management, Inc., a direct hire firm, and Blackwell Capital, LLC, both Atlanta-based firms.  Staffing One began operations in Atlanta in 1996 and currently provides Administrative, Accounting, Legal and Engineering staffing services in 13 states in the Southeastern U.S.   Ms. Blackwell has over 30 years of staffing services experience. She has also marketed staffing services in the Boston and New York markets.

The September meeting of the Georgia chapter of the U.S. Women’s Chamber of Commerce is being hosted by the Contracting Education Academy at Georgia Tech.

12:30 pm – Discussion on personal and group strategies for growth

To register to attend this event, please click here.

Attendance is complimentary for USWCC/Supplier Members; $15 for USWCC/Business Members; $40 for USWCC/Advocate and Individual Members and Non-Members.

Not a member?  Join the U.S. Women’s Chamber of Commerce as a Business or Supplier Member and save on this and future meetings and activities.

“Driving Opportunities and Influence” is the theme of an event being held in Atlanta on June 24, 2015 by the U.S. Women’s Chamber of Commerce (USWCC) and hosted by Georgia Tech’s Contracting Education Academy.

The event is an effort on the part of the USWCC to work with the women of Atlanta to advance economic opportunities and influence.

“Working together,” states USWCC CEO Margot Dorfman, “we will gain a good understanding of our current economic position, centers of influence within the region and steps we can take together to drive progress.  Please join us and be part of a strong economic future for women in Atlanta — and across the U.S.”

Agenda items on the morning of June 24 include: Women’s Economic Priorities, State of the State of Georgia Women in Business, Finding Centers of Influence for Economic Development, Tapping in to Secure Business Opportunities, Driving Opportunities and Influence, Success Strategies, and Cornerstones for the Future – Taking the Lead.  The event concludes after a lunch break, with a discussion of Opportunities and Strategic Planning for Those Interested in Leadership.

This summit will be held in Technology Square in Midtown Atlanta at the Centergy Building, 75 Fifth St, NW, Atlanta, GA 30308.

Pre-registration is required, and is open to USWCC members and non-members alike.  Registration may be accomplished at: https://uswcc.org/events/atlanta-womens-economic-summit.

Perhaps data center consolidation, virtualization, cloud computing, remote access and infrastructure diversification aren’t the sexiest terms in the federal repertoire, but they do hold the keys to as much as $20 billion in annual savings, according to a study by Meritalk.

The study, underwritten by Brocade, is based on survey results from 300 federal network managers who estimate that if the government were to fully leverage all five initiatives, it could save about 24 percent of the government’s $80 billion information technology budget.

The survey’s results sound promising, but there’s a caveat: Two-thirds of the surveyed network managers reported their networks are ill-equipped to meet current mission needs, and much further away from being able to fully embrace newer tech initiatives like cloud computing. If network managers could magically flip a switch and significantly increase network speed by approximately 26 percent, the survey claims the government could cash in $11 billion in savings in one year.

Keep reading this article at: http://www.nextgov.com/cloud-computing/2014/05/feds-could-save-20-billion-better-it-infrastructure-initiatives-study-finds/84925

Today’s cyber attacks aren’t just a threat to computer networks. Those with malicious intent can disrupt important infrastructure systems such as utilities and power grids.

The trick is to identify when such attacks are underway.

Through a cooperative, cross-campus effort, the Department of Energy awarded the Georgia Tech Research Institute (GTRI), Georgia Tech and its cost-sharing partners $5 million to help detect cyber attacks on our nation’s utility companies.

By partnering with the Georgia Tech School of Electrical and Computer Engineering’s National Electric Energy Testing, Research and Applications Center (NEETRAC) and the Strategic Energy Institute (SEI), GTRI’s Cyber Technology and Information Systems Laboratory (CTISL) will work together with renowned experts in SmartGrid technology to develop protocols and tools to detect such attacks.

“Utilities and energy delivery systems are unique in several ways,” said CTISL researcher Seth Walters, one of the principal investigators on the project. “They provide distribution over a large geographic area and are composed of disparate components which must work together as the system’s operating state evolves. Relevant security technologies need to work within the bandwidth limitations of these systems in order to see broad adoption and they need to account for the varying security profiles of the components within these power systems.”

“This project is particularly exciting as it integrates GTRI’s cyber security expertise, with the expertise in grid and electrical power of NEETRAC and ECE,” said SEI Executive Director Tim Lieuwen. “A key piece of our campus energy strategy is promoting certain signature energy areas where Georgia Tech combines unique breadth and depth into best of class capabilities – the area of electrical power is one of those, and this project further demonstrates Georgia Tech’s commitment to this space.”

The project will consist of three phases, which include research and development, test and validation at Georgia Tech, and technology demonstration at operational utility sites with the assistance of multiple utility company partners.

“GTRI’s expertise in systems engineering and cyber security will be a great advantage for execution on this award,” Walters said. “We also have the singular advantage in being able to collaborate with professors from Georgia Tech. The School of Electrical and Computer Engineering was instrumental in bringing emerging research ideas to the proposal narrative.”

“My group, the Communications Assurance and Performance [CAP] Group, will work with GTRI researchers to develop, test and deploy a context-aware network-based intrusion detection system [NIDS],” Beyah said. “Working with a power grid simulator, the NIDS will have the ability to prevent network packets containing application-layer commands that render the power grid unstable from entering the network.”

A Georgia Power Distinguished Professor and SEI Associate Director, Grijalva will integrate a cyber-power co-simulator where numerous cyber-attack mechanisms can be simulated, including their effects in the physical power infrastructure. He will also develop real-time decision-making algorithms that evaluate the impact of potential cyber-induced power infrastructure malfunction.

“The proposed cybersecurity system is complex, so a disciplined approach to delivering a system of systems which embodies this complexity will be required,” Walters said. “Furthermore, as part of research and development, we will be working to ensure that the tool suite, as conceptualized by the team, remains relevant to current and emerging industry needs.”

CTISL Emerging Threats and Countermeasures Division Chief Andrew Howard noted that this is a unique part of this proposal. “This proposal isn’t just about the research,” Howard said. “In addition to the extensive modeling and simulation, it’s also about developing a commercialization plan for other utilities to benefit.”

The Air Force Electronics Systems Center plans to increase the value of its existing network hardware contract by $1.45 billion to a total of $10.45 billion and extend it through September 2013 as it works to resolve protests over a follow-on contract awarded this spring.

Keep reading this article at: http://www.nextgov.com/defense/2012/11/air-force-boosts-value-network-hardware-contract-145-billion/59322/?oref=nextgov_today_nl.