You are here: Home / Archives for online sales 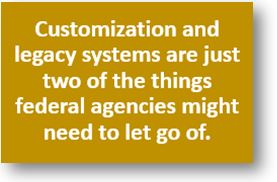 New legislation working its way through Congress could significantly alter the way commercial companies sell everyday products and services to the U.S. military and federal agencies, opening the door for online retailers to reach a massive new customer. 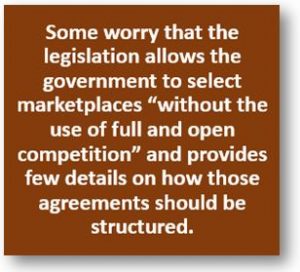 The defense bill passed by the House of Representatives earlier this year contains language that would allow the Pentagon and other government agencies to buy directly from commercially run online marketplaces, bypassing a highly regulated purchasing process managed by the General Services Administration.

High-tech weaponry such as jets, guns and missiles would still be developed and sold through traditional government contracts. But the effort would allow companies like Amazon.com, OfficeMax and Home Depot to set up marketplaces for agencies to buy basic supplies.

Keep reading this article at: https://www.washingtonpost.com/business/economy/defense-bill-would-privatize-the-way-the-federal-government-buys-everyday-staples/2017/09/01/cf20aee2-8e84-11e7-84c0-02cc069f2c37_story.html 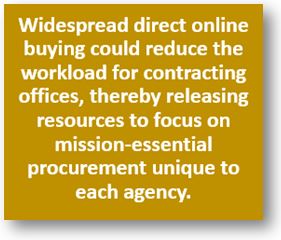