You are here: Home / Archives for Procurement Integrity Act 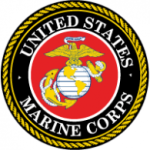 On April 9 2013 Judge Jackson of the District Court for the District of Columbia sentenced Timothy Cannon, former director of the human capital division at the Federal Emergency Management Agency (FEMA), to two years of probation for conflict of interest violations.

According to Cannon’s plea, he helped Gallup to acquire a $6 million contract, while at the same time pursuing employment with the company. As a result of its alleged employment discussions with Cannon and related conduct, Gallup faces potential liability for civil damages and penalties under the False Claims Act and the Procurement Integrity Act, including treble damages and disgorgement of all money received under the contract. Moreover, these types of case always raise the risk of the contractor’s suspension or debarment, which would preclude any new contract awards for up to three years. This case serves as a reminder for private contractors wishing to hire existing or former government employees that they must have rigorous internal controls in place in order to ensure compliance with post-government employment requirements.

Keep reading this article at: http://www.internationallawoffice.com/newsletters/detail.aspx?g=cb1ea107-d51f-4ad7-b375-00f8a3dad2d7&redir=1