You are here: Home / Archives for Puerto Rico

A 15-count federal indictment accuses two former FEMA officials and a contractor with bribery, fraud and other offenses related to disaster relief efforts after Hurricane Maria devastated the island in 2017.

A former top Federal Emergency Management Agency (FEMA) official, her aide, and the former president of an energy company were indicted and arrested in connection with an alleged scheme to direct billions of dollars in disaster aid to the company for electricity restoration in Puerto Rico following Hurricane Maria in 2017.

Ahsha Tribble, who until recently was FEMA’s Region II deputy regional administrator and led the agency’s efforts to restore power to the devastated island, is accused of accepting a variety of bribes from Donald Ellison, former president of Cobra Acquisitions, LLC, a subsidiary of Mammoth Energy Services, in exchange for pressuring officials at FEMA and the Puerto Rico Electric Power Authority to improperly assign projects to Cobra.

keep reading this article at: https://www.govexec.com/oversight/2019/09/fema-officials-charged-bribery-over-puerto-rico-power-contracts/159777/ 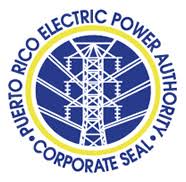