You are here: Home / Archives for reverse industry day 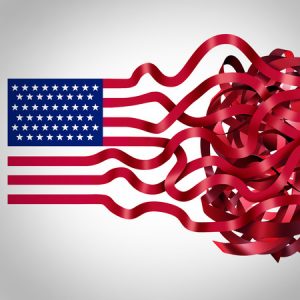 The fundamental mismatch between the speed of acquisition and the speed of government is an endless topic of conversation among government and industry alike. But while most officials tend to blame the rules, some leaders believe hide-bound people and processes are a bigger problem. 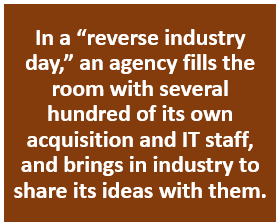 “Culturally, we have not necessarily come to that awareness that it takes a team,” said Air Force Lt. Gen. William Bender, the service’s chief information officer, before launching into an examination of a typical Air Forces systems development program during the Oct. 4 Synergy Forum in Washington, D.C.  That typical program, he said, begins with a two-year process “to determine if a materiel or non-materiel solution is required,” continues with a year to define the requirements, “two more years to get it into the budget, and four years to deliver it.”

The status quo is not working, he said.

Bender’s solution is a new acquisition framework he’s developing and hoping to sell to Air Force leadership. Others are trying their own solutions.

Keep reading this article at: https://www.govtechworks.com/cutting-through-the-red-tape-to-faster-smarter-acquisition/